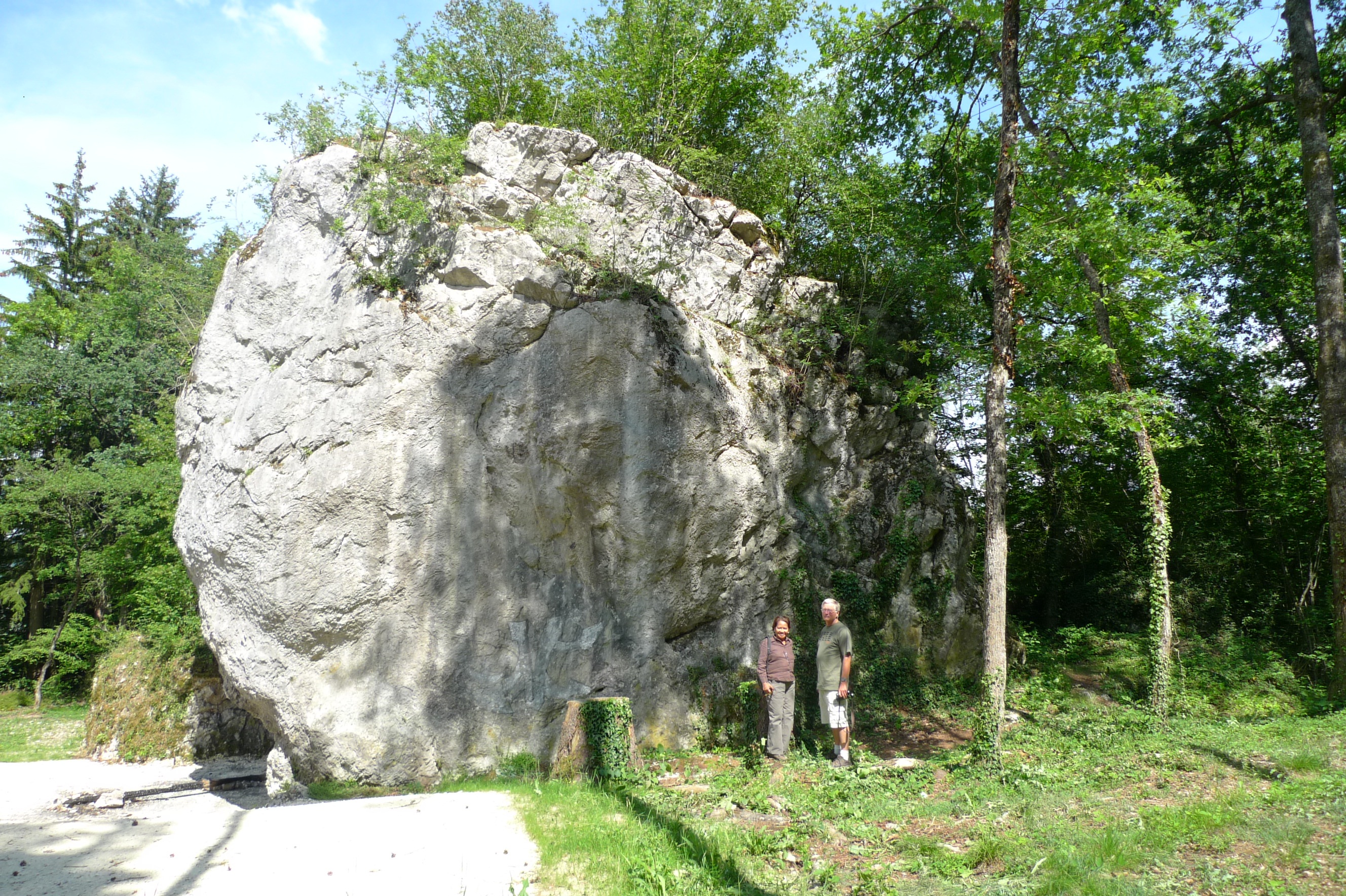 “Have you seen the Dipper?” Mike, our soft-spoken guide with an encyclopedic knowledge of everything (so it seemed) asked as he drove us from Geneva, Switzerland along pretty chalet-lined winter resorts towards the Col de la Colombière in the Haute Savoie  in France.  “And have you seen the dolmen and the erratic boulders around here?”

Not a believer in 4 a.m. starts, Mike picked us up at 8:30. Soon we were spotting Black Kite, Common Buzzard, Common Swift, Black Redstart,  Serin, White Wagtail. “Have you seen the Dipper?” Mike asked again as he turned off the road to a trail along a river.  This was the River Born, crystal clear, shallow, tumbling swiftly over a rocky bed.  And in it was a family of Dippers. These were stout, roundish blackish-brown birds with a white throat and breast in their favourite habitat. Unperturbed by us, they did their thing: this was to walk in the water and swim, yes, swim about while wholly submerged.  They were enthralling. We almost ignored the Grey Wagtail sharing the rocks with them.

We then drove on the narrow mountain road to the Col de la Colombière, an Alpine pass 1,613 m above sea level. A short walk up a winding  trail of rock led us to a view of the ridge where we hoped to see some of our target birds. After a fly-by of Alpine Choughs, we did not have long to wait: the rare Griffon Vulture soon made an appearance. The even rarer  (at least in Europe) Lammergeier took our breath away. Huge and long-winged (wing span: 3 m), it did a slow-mo glide for long seconds along the ridge. We were lucky to see it when we did as it did not come round again. 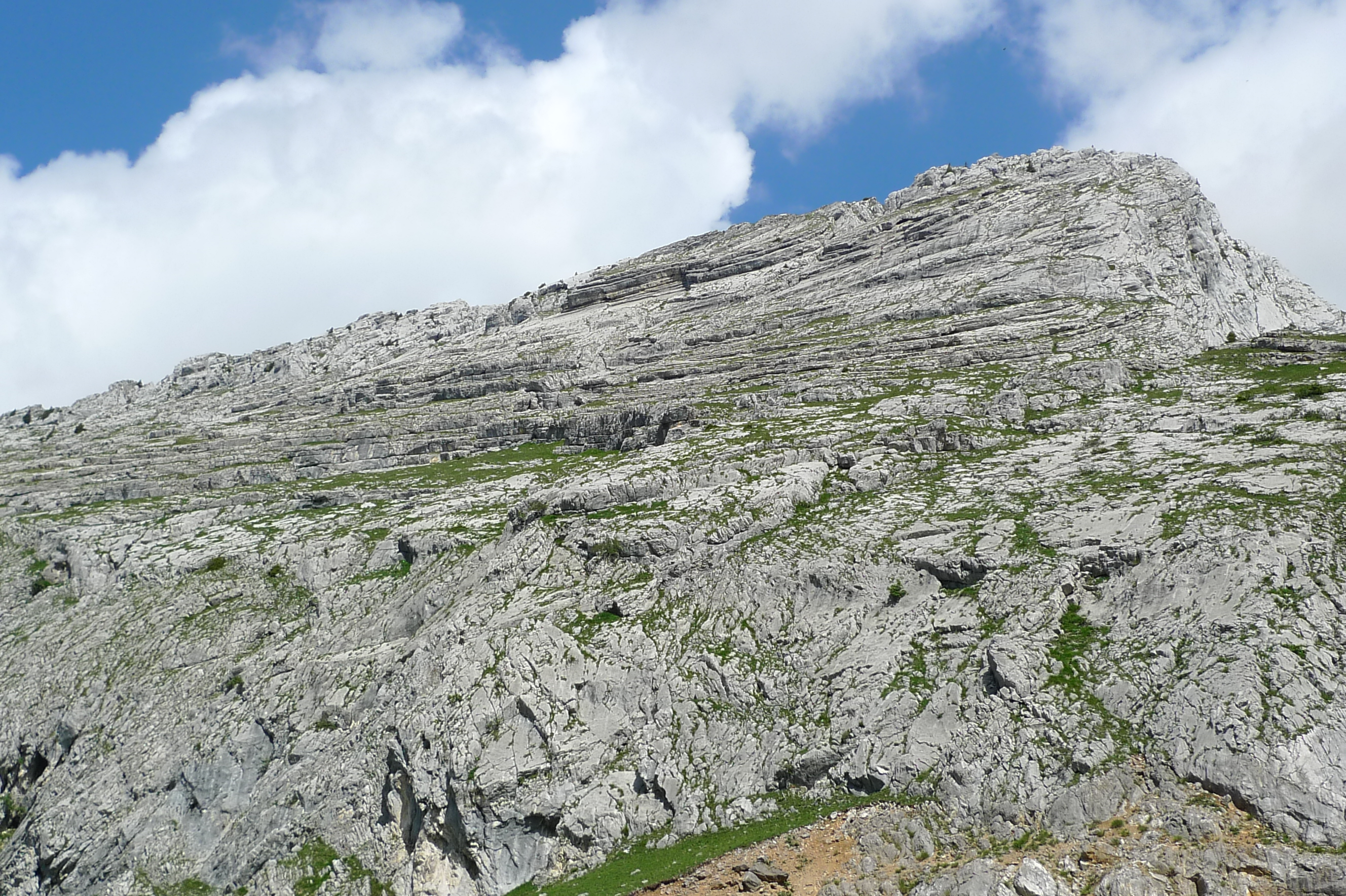 We left Peter with his watercolours on a comfortable rock, and  followed the trail upward. Rufous-tailed Rock-thrush, Northern Wheatear, Winchat, Yellow Hammer, Kestrel, Linnet, Water Pipit, Red-backed Shrike came in quick succession.  We had to wait for the Citril Finch, apparently difficult to catch in the area, but it favoured us with a good view in the end. A bonus was an encounter with Ibex, the wild Alpine goat. One was so friendly it posed for photographs with us. 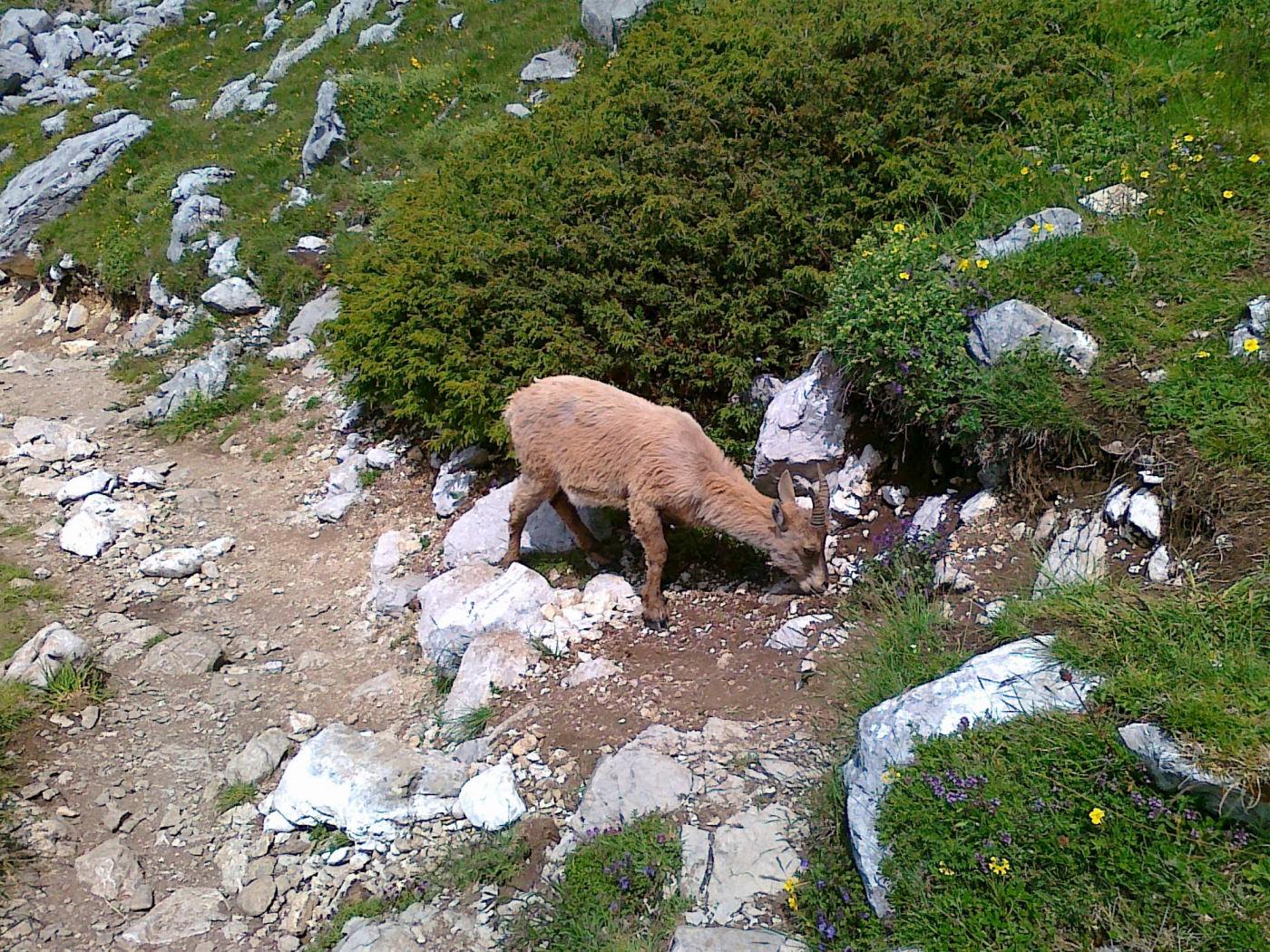 1:30 pm and we hied down for lunch at the well-known Bar and Restaurant located at the pass. There was a group of noisy, burly mountain bikers having lunch outside. It looked like a typical male outing, but several were dressed in pink and fuschia biking gear. It takes all kinds. My lunch was diot, a local sausage cooked in white wine on a bed of vine leaves. Accompanied by French draft beer, it was delicious.

And the dolmen? You could dismiss it as just a pile of stones. But it is 6,000-5,000 years old and the “table” that sits on “legs” of other stones weighs 80 tons. However did whoever made them lift it up?  As with many ancient sites, stories abound of strange happenings at the dolmen. I crouched inside it, hoping to feel its power, but I remained unmoved.

The erratics, located in the same flat plain as the dolmen,  were everywhere on our drive home. These are huge boulders left behind by glaciers as they retreated. We visited one of them. They say it weighs 10,000 tons. We were to bird the next day in the fields of lowland Geneva. An adventure of a different type awaited us.