Mike Lu and James Biron report on the activities of the Wild Bird Club of the Philippines for the month of May. Lots of guided trips and club trips!
—

April 3-5, 2014  – News Report and DENR meeting regarding the Hunting in Adams, Ilocos Norte

Members of the WBCP went to Adams, Ilocos Norte and photographed a man with a dead juvenile Rufous Hornbill.  The local police did not want to arrest the man because he is the son-in-law of the vice mayor and the son of the town councilor.  WBCP members posted the photos on the WBCP FB fanpage on March 31, 2014. On April 3, 2014  GMA News featured this story and on April 4, 2014 the Philippine Daily Inquirer also filed this report.  On April 5, 2014 the Biodiversity Management Bureau of the DENR called for a meeting to get the affidavits of the WBCP members to be used in filing a case against the hunter. (Photos by Irene Dy and Cristina Cinco) 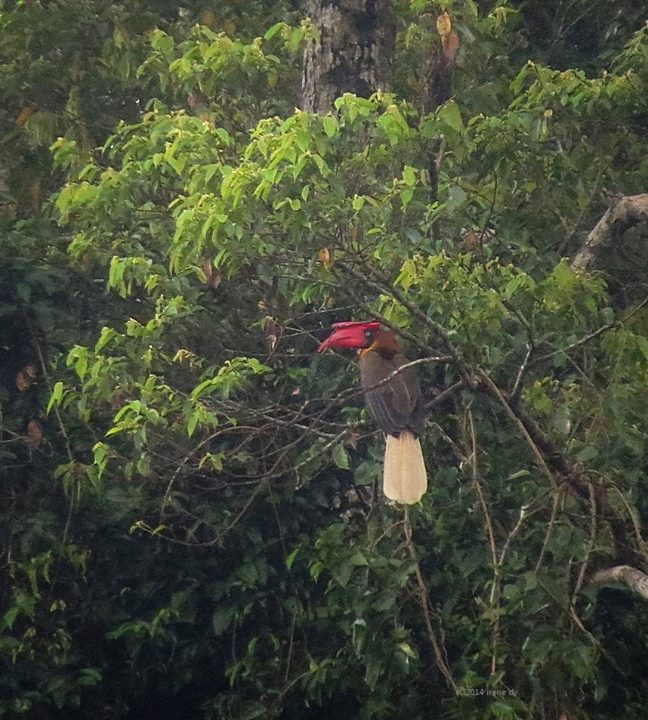 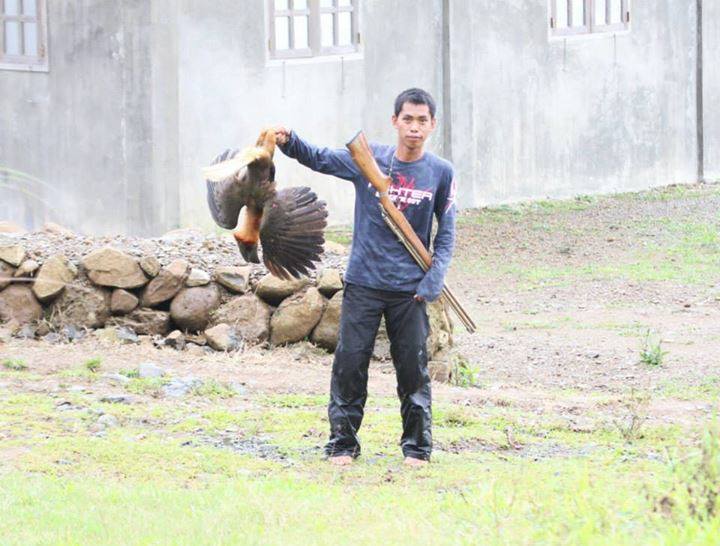 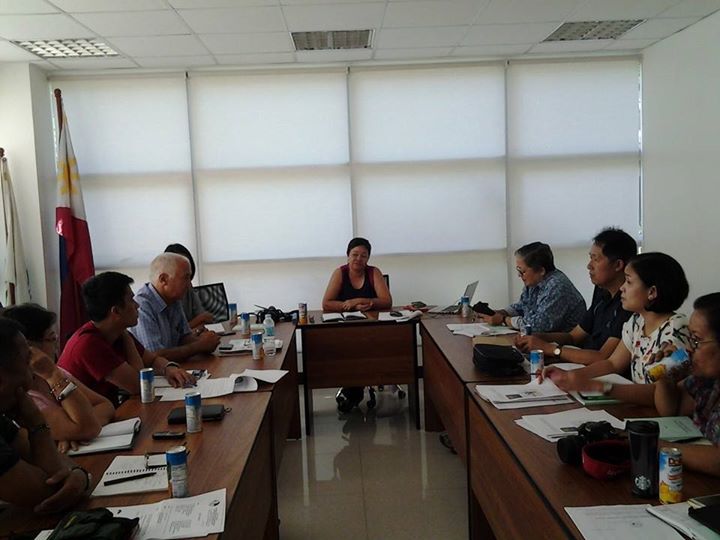 WBCP member Che Patulot organized a bird trip to Manila Southwoods. The event was participated by 12 birders and staff. They were treated to some 38 species of birds in just over 1.5 hours of birding. Species seen include White-throated Kingfisher, Blue-tailed Bee-eater, Common Moorhen (Photo by Cristina Cinco) 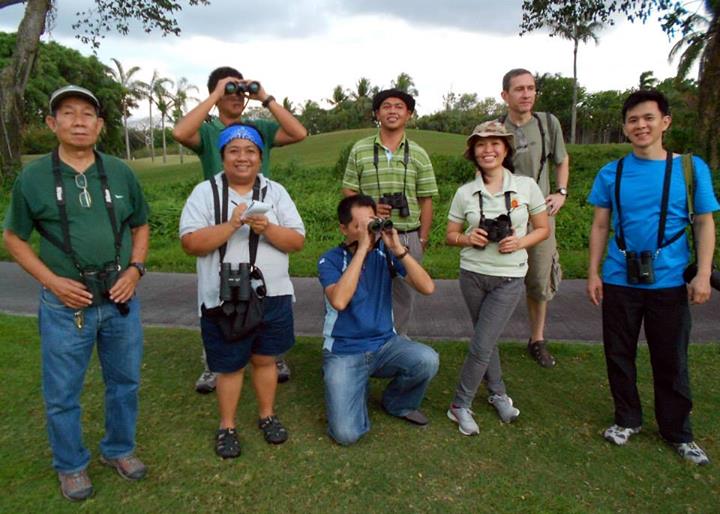 April 6-11 Alleged illegal wildlife trade using  Cebu Pacific Air
Following the news of the Rufous Hornbill hunting, a tipster sent photos of birds being shipped illegally aboard Cebu Pacific, with one picture clearly showing a uniformed airline personnel beside a raptor.  Another photo showed a visibly-stressed Philippine Eagle Owl. Within 24 hours of its’ posting on the WBCP fanpage, the post received more than 26,000+ views. Cebu Pacific has since been in touch with the bird club although no concrete measures have been enacted as of end of April. 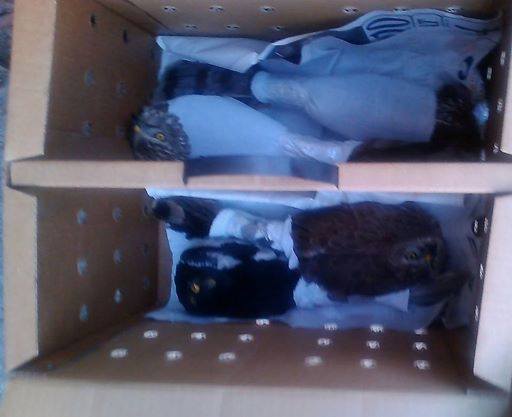 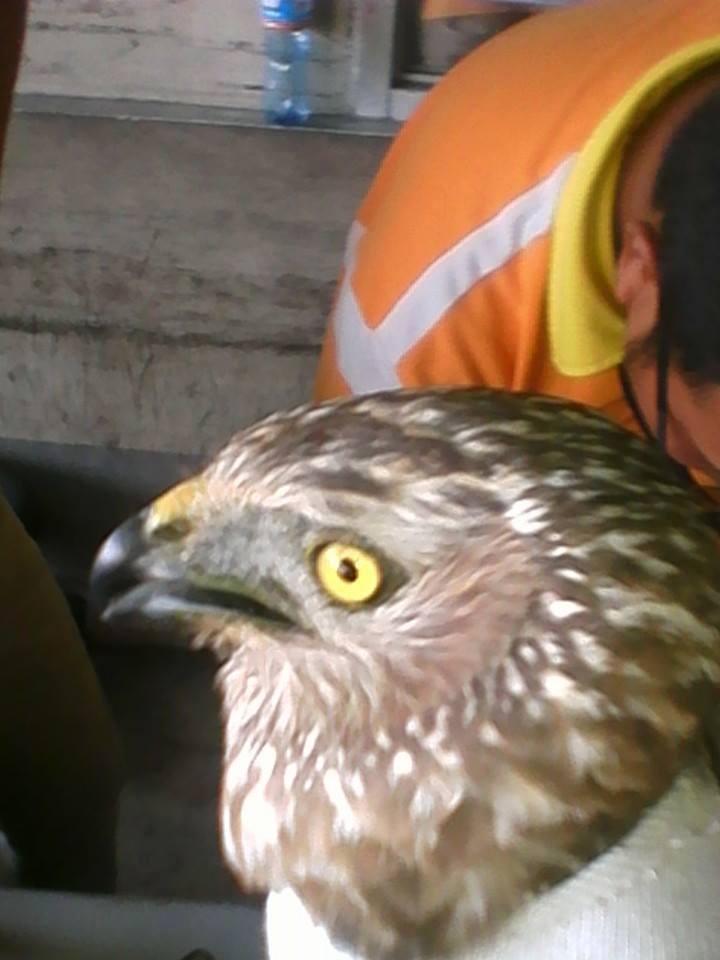 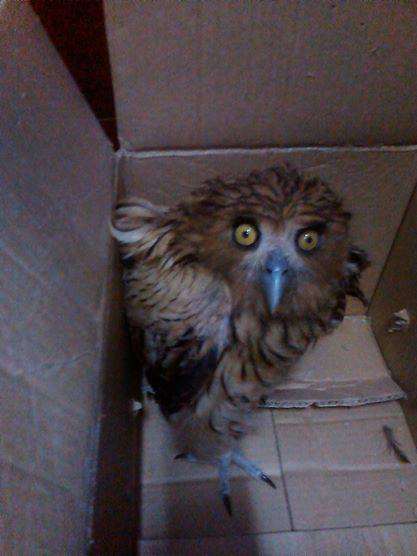 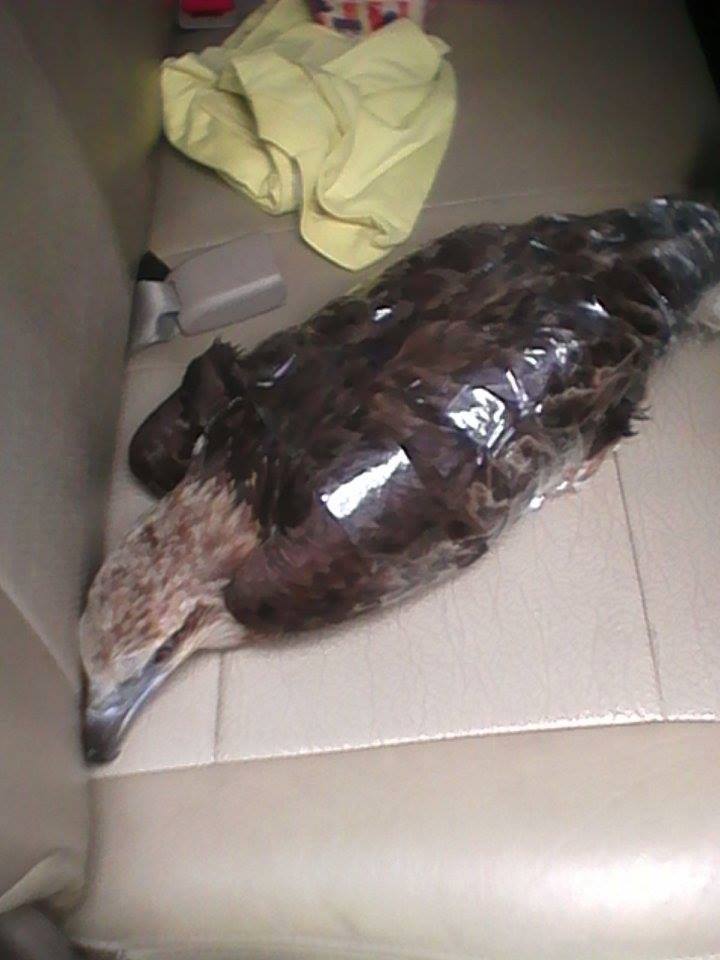 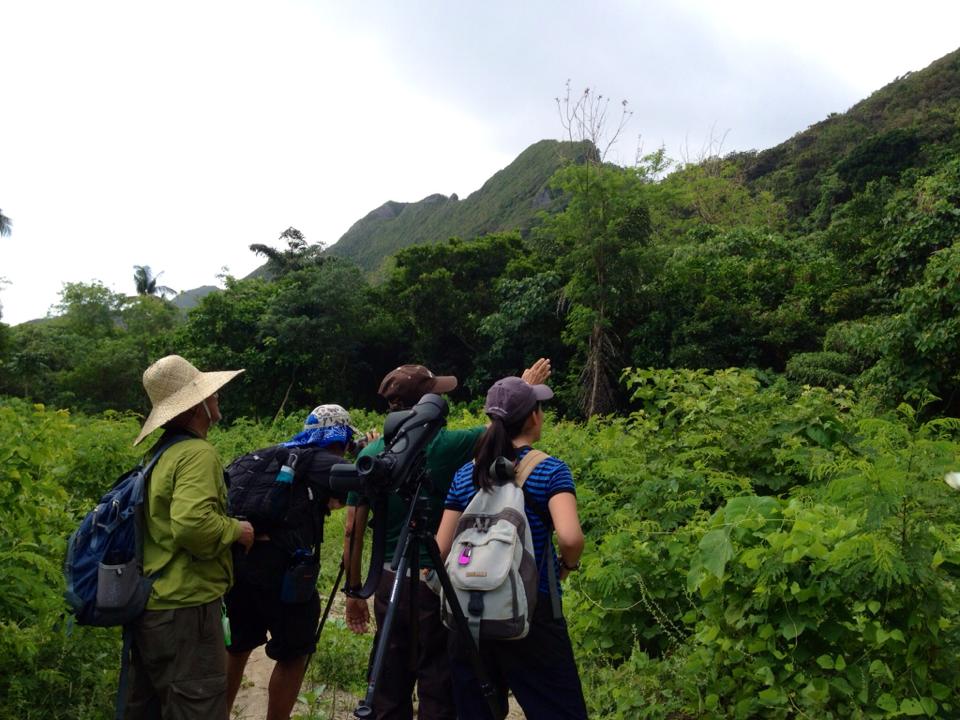 Raptorwatch in Tanay with Jon Villasper, Cristina Cinco and Lane.  Just over a hundred raptors but had a good view of a Chinese Goshawk with a serpent and a Western Osprey with a fish in its claws. (Photo by Jon Villasper)

In celebration of Earth Day and the 7th anniversary of the proclamation of the Las Pinas-Paranaque Critical Habitat & Ecotourism Area, Paranaque City Mayor Edwin Olivarez unveiled a marker at the bulungan (fish market). The event was participated in by several WBCP members led by WBC president Gina Mapua. A guided birdwatching trip and coastal clean-up was also conducted after the unveiling. The sighting of a Pied Avocet, only the second sighting on this site, capped the celebration! (Photos by Cristina Cinco) 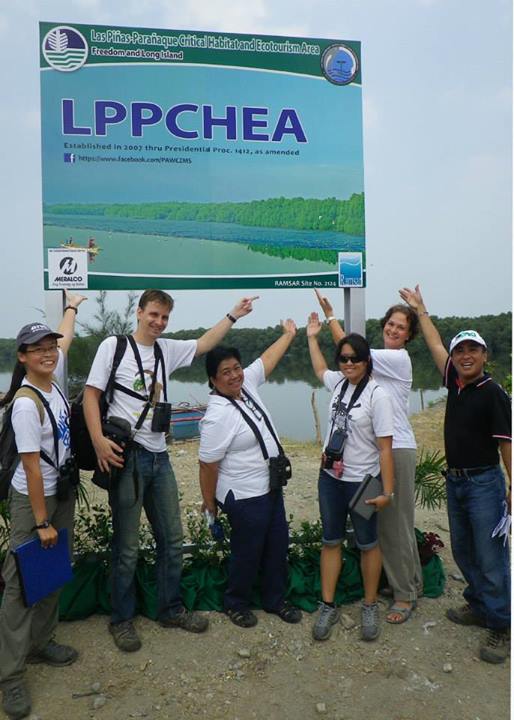 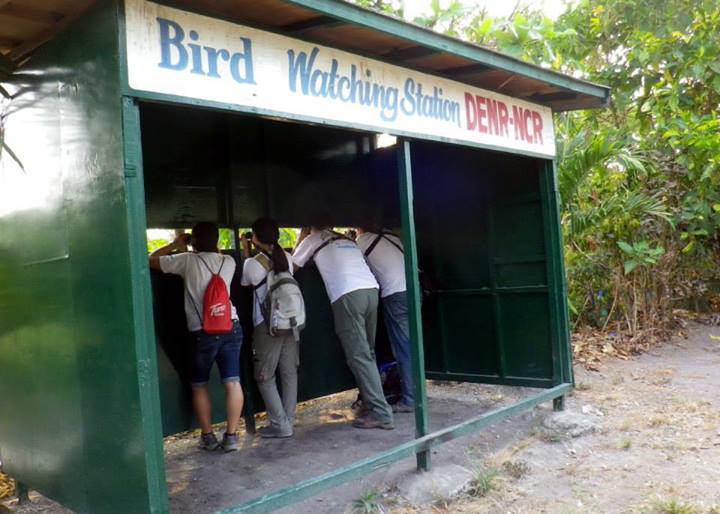 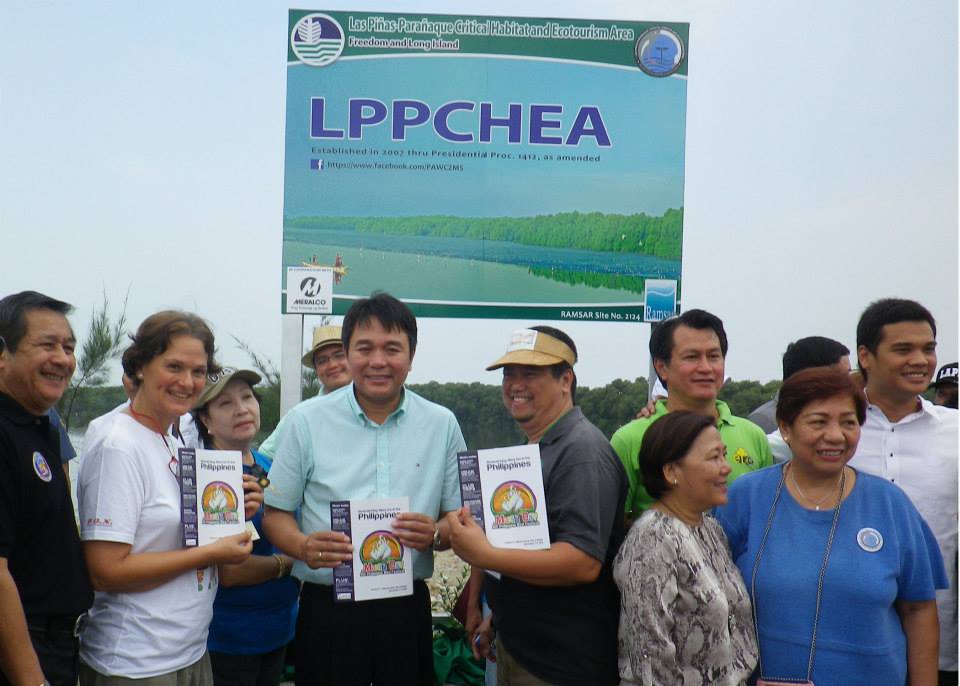 The first of the two Pledge 2 Fledge trips conducted this month. Pledge 2 Fledge is the flagship project of Global Birding Initiative. The goal is to share and promote the joy of birdwatching to more people by taking them out birding. It was participated by Anna Gonzales, Jops Josef and Maia Tañedo. They were there for a bird survey and they also fledged some new birders among some of the El Nido Resorts personnel. They birded in three sites: El Nido Cove, Dalimatan trail, and in Lagen Island. (Photos by Anna Gonzales and Maia Tañedo) 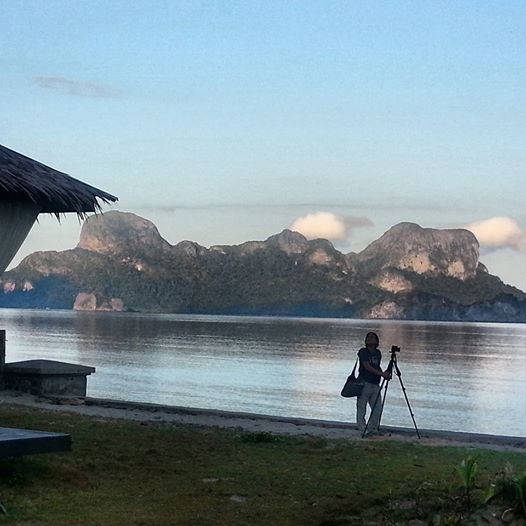 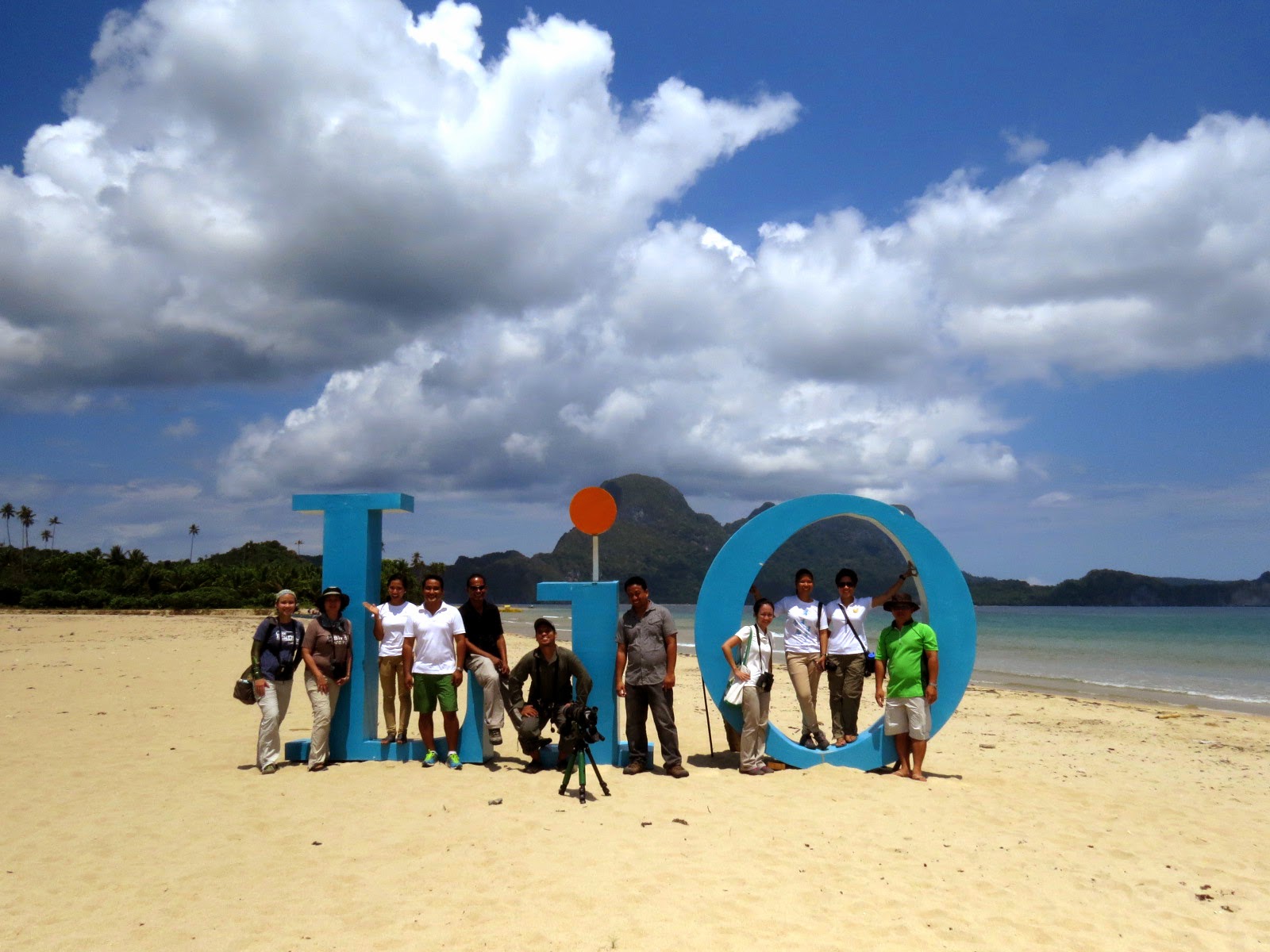 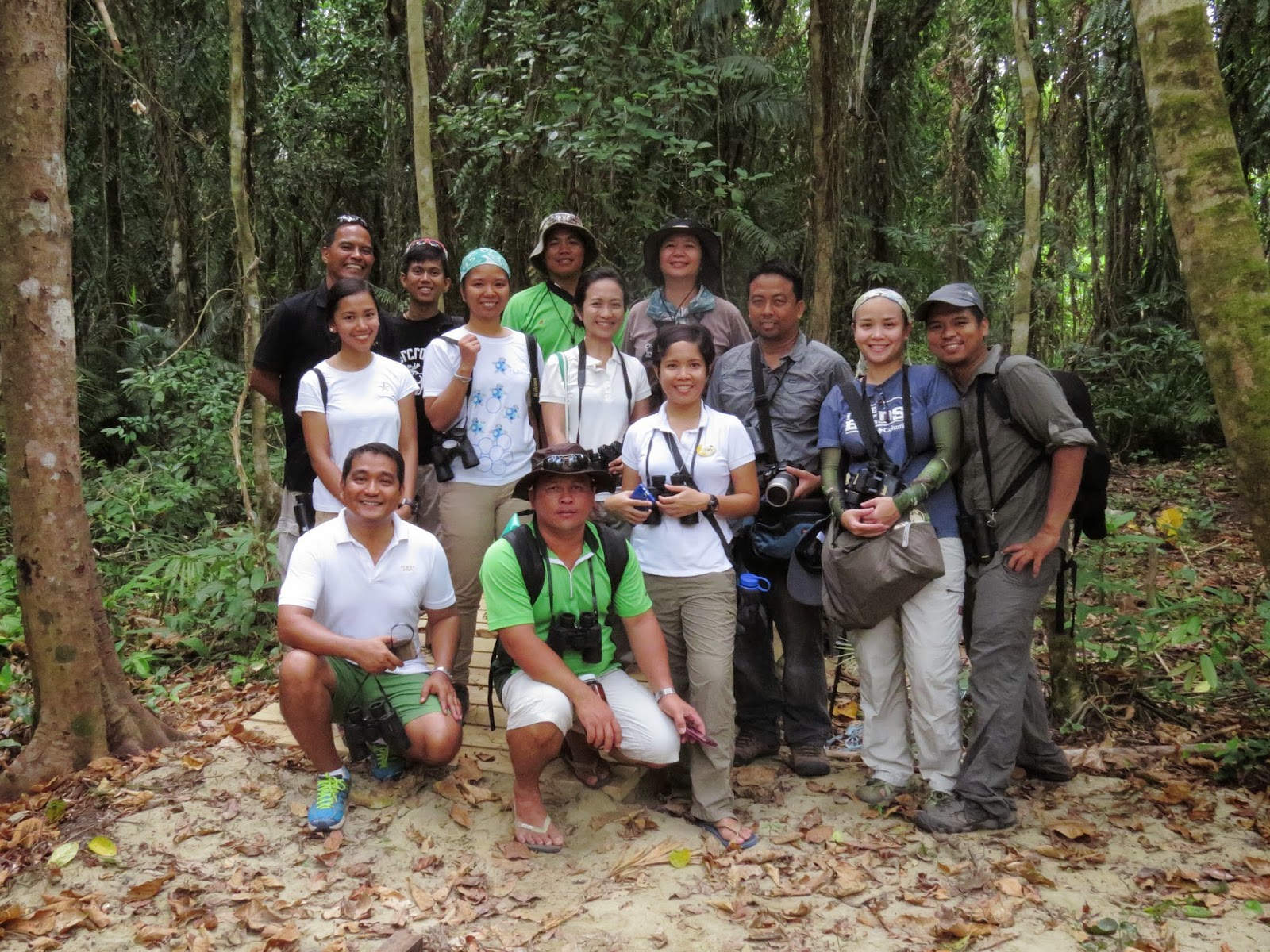 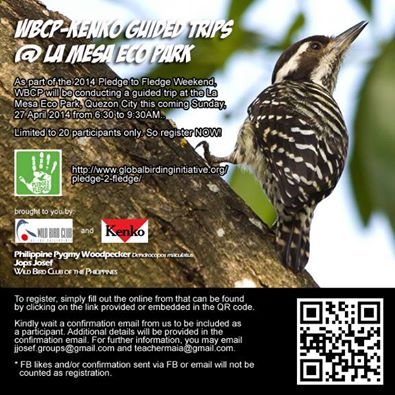 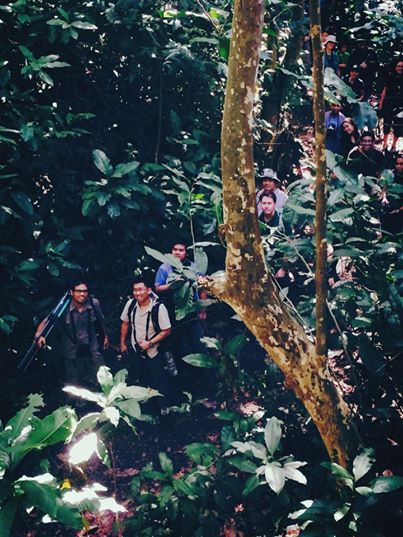 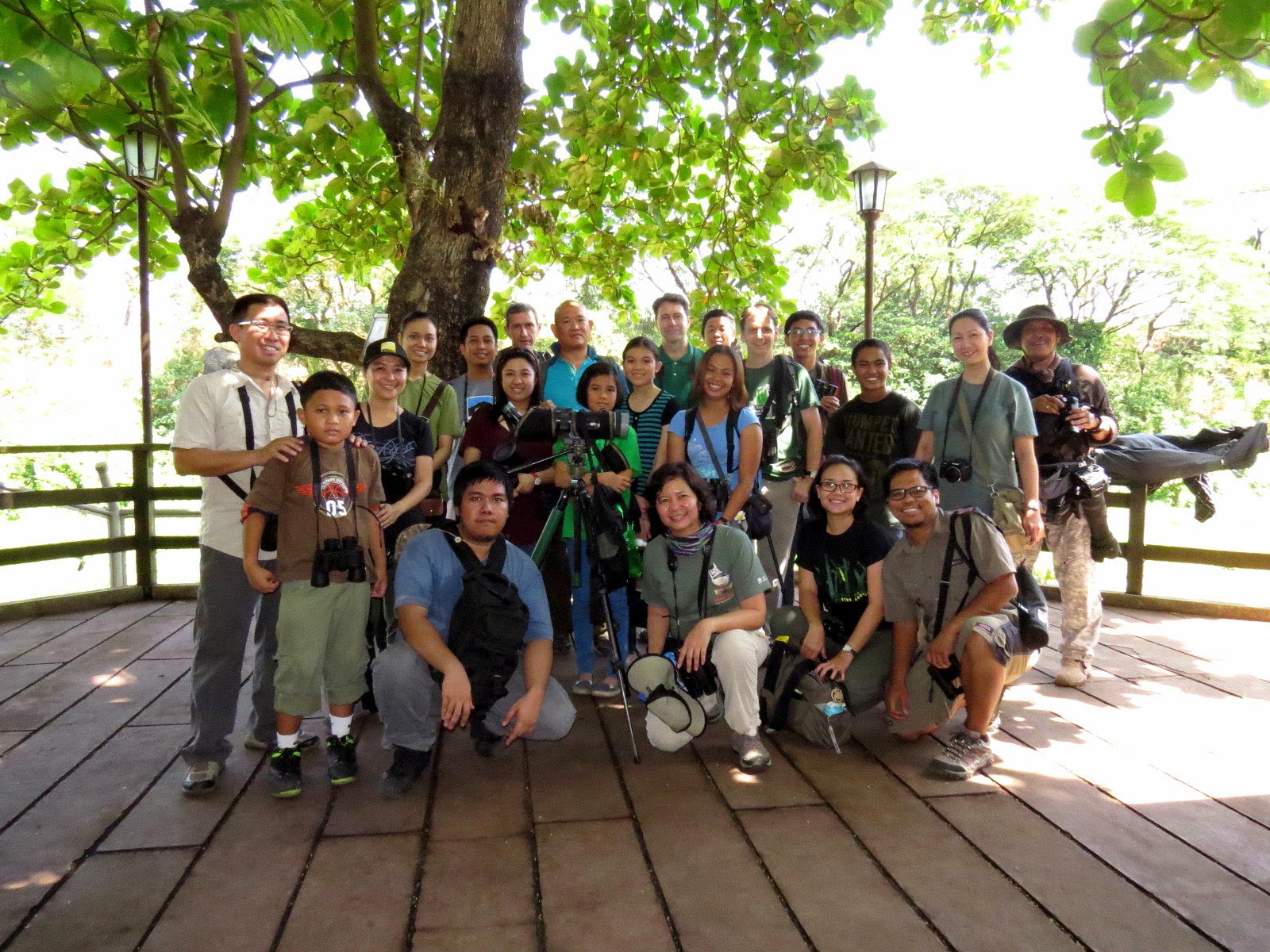