The Philippines is an important link in the East Asian Raptor Migratory flyway. However, for many years no structured studies have really been made regarding migration species, numbers, routes, ecology etc. In order to address this dearth of raptor migration information, a small group of raptor enthusiasts participated in the ARRCN sponsored “Collaborative research Project on Raptor Migration 2012-13” involving countries along the East Asian Raptor Migratory Flyway. This initial project eventually gave rise to the formation of Raptorwatch Network Philippines (RNP), an organization devoted to the studies of the raptor migration phenomenon and conservation in the Philippines.

Raptorwatching in the Philippines started in PAGASA weather station in Tanay, Rizal. Sporadic counts were conducted during migration season to document the passage of the raptors. From this base of operations, the group has been looking for other migration concentration points to conduct migration counts. Notably, in the past four years or so, the picture of the flyway route in the Philippines has become much clearer. RNP has identified exit points during Spring migration at the northern tips of Luzon, and during Autumn migration at the southern tips of Mindanao and Palawan.

Beyond monitoring their movement, the network has been involved in conservation. Our first conservation project is the Sagip Sawi project in Sanchez Mira, Cagayan, an important stopover site for the Grey-faced Buzzards. The area was first scouted back in 2013 by Wild Bird Club of the Philippines (WBCP) members, where they identified potential sites for raptorwatching and established local contacts. On the same year in April 2013, the migration of raptors was confirmed by the group through simultaneous watches from Claveria and Sta. Praxedes, the neighboring town west of Sanchez Mira, and from Pancian, Pagudpud. 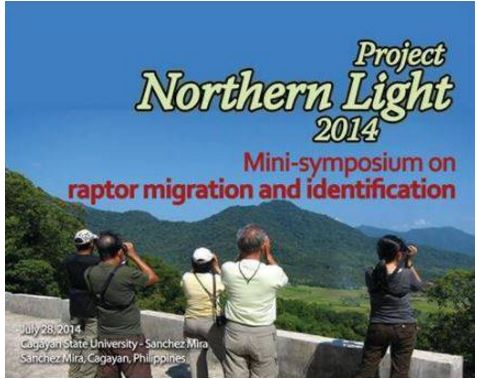 According to locals, Grey-faced buzzards, or locally known as sawi, darken the skies as they arrive and roost at the coconut trees for the night. The vast coconut fields of Sanchez Mira serve as a stopover for the raptors to rest and feed before they continue migrating. Raptors need to replenish their energy reserves in order to survive the long sea-crossing ahead of them and to arrive in Taiwan and Japan.

The preference of the sawi to coconut trees for roosting, and the fidelity of the raptors to the site each year have created a close relationship between the sawi and the local people. Everyone in the community knows the sawi, and its arrival during March and April has become part of their tradition. As one of the few known stopover sites in the country, we saw the need to educate the locals about the importance of these birds, and to lobby for species conservation.

To start off our campaign, we partnered with Cagayan State University (CSU) – Sanchez Mira campus and conducted the first mini-symposium with speakers from Asian Raptor Research and Conservation Network (ARRCN) in July 2014. The topics were mainly to introduce the students and the teachers about migration, raptors, and their importance to our ecosystem. The administration of CSU was very supportive of the project, and pledged support in raising awareness regarding the sawi. This marked the first step of our Sagip Sawi project.

We were back in Sanchez Mira the year after in October 2015 with a new set of speakers, with the lecture series expanded to Northwestern University in Laoag and Pannzian Beach Resort in Pagudpud. Binoculars and spotting scopes were also donated to the school so that they could monitor the raptors.

2016 was even better. CSU – Sanchez Mira, with support from ARRCN and the group, conducted the first full season spring raptor migration count in their town. Student volunteers and school staffs were taught how to conduct migration counts, and to identify raptors. The result of the count was impressive, garnering the second highest record for the Grey-faced Buzzards in the country as more than 35 thousand buzzards passed through the town.

A conservation forum was also held with stakeholders to discuss the conservation of the sawi. Students, teachers, farmers, and government officials took part in identifying problems or issues, and subsequently proposing solutions. It was evident from their enthusiasm that the community wants to conserve the sawi.

The result of the migration count proved that Sanchez Mira and her neighboring municipality – Pamplona, which joined in on the campaign this year are important stopover sites for the Grey-faced Buzzards. It was all the more important to educate the locals and to lobby for protection. These two things were the focus of the Sagip Sawi project both in Sanchez Mira and Pamplona. 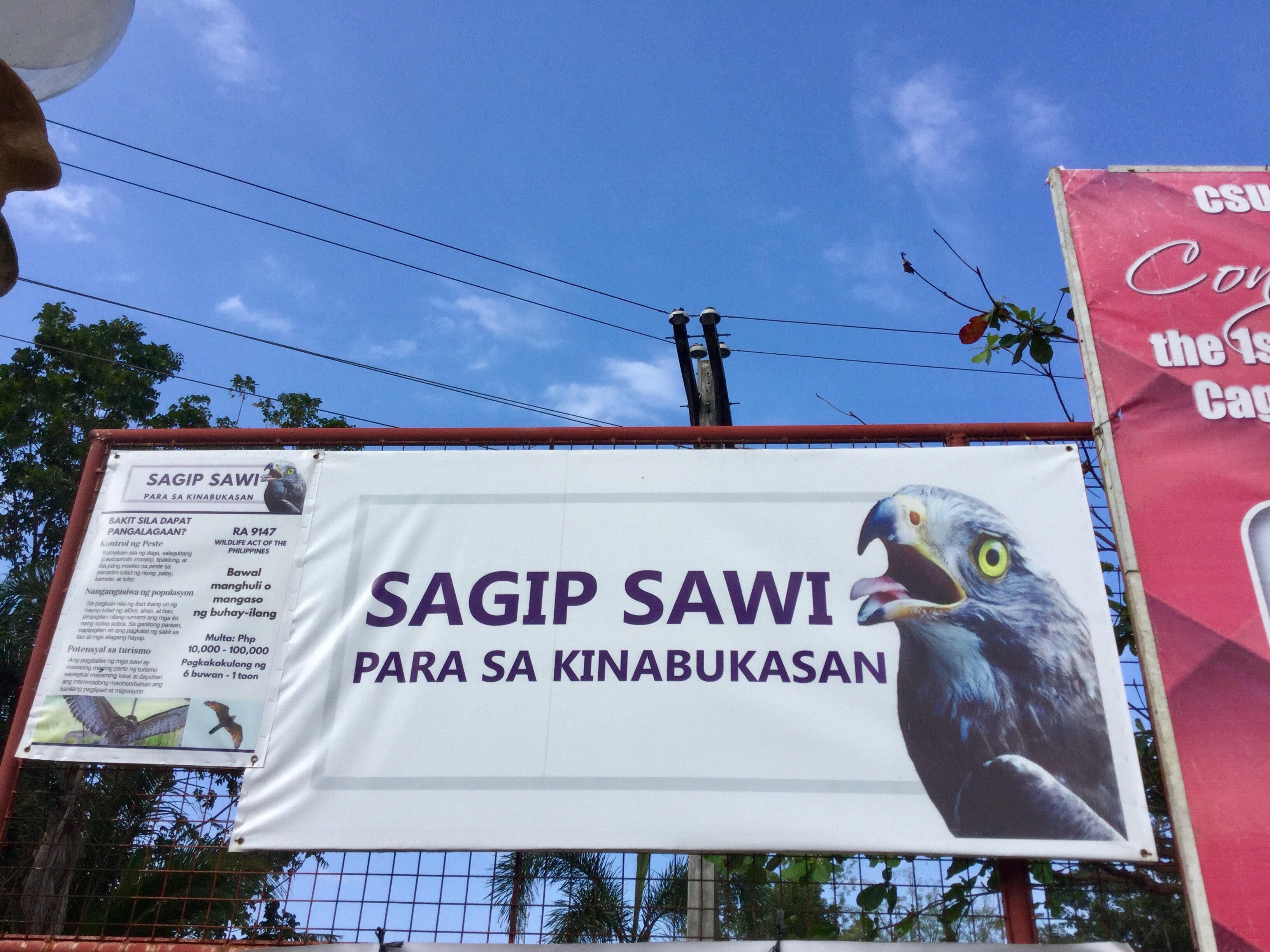 As part of our commitment in showing the potential of ecotourism, the first Raptorwatch eco-tour was conceptualized and joined by 17 Japanese nationals coming from different conservation organizations led by the ARRCN. 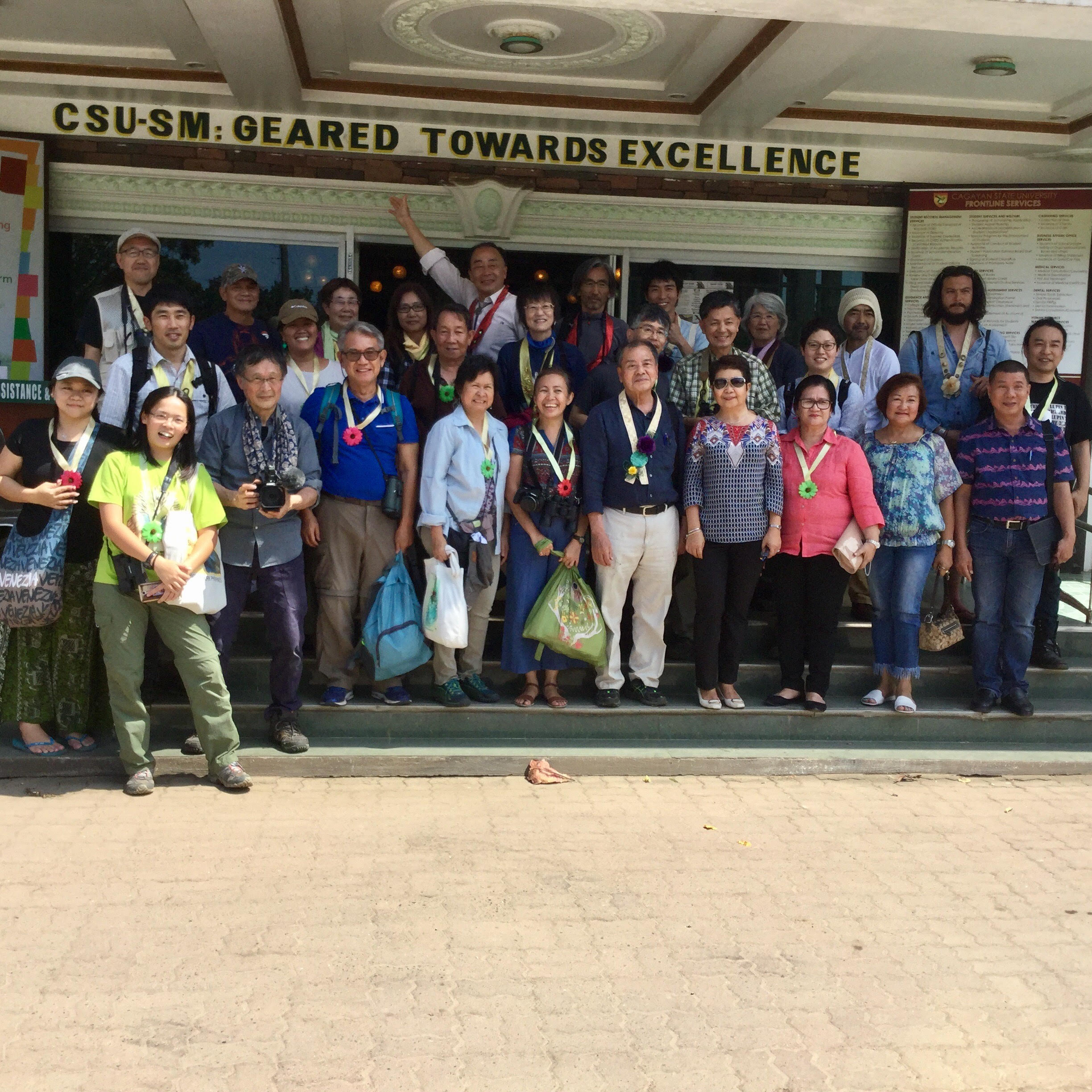 A part of the tour is the 1st Sagip Sawi Festival organized by CSU. Aimed at raising awareness for the sawi, the school held contests, namely essay writing, photography, slogan-making, and poster-making, with sawi conservation as the theme. The mayors of Sanchez Mira and Pamplona have also called for the protection not only of the sawi but also of all wildlife species. 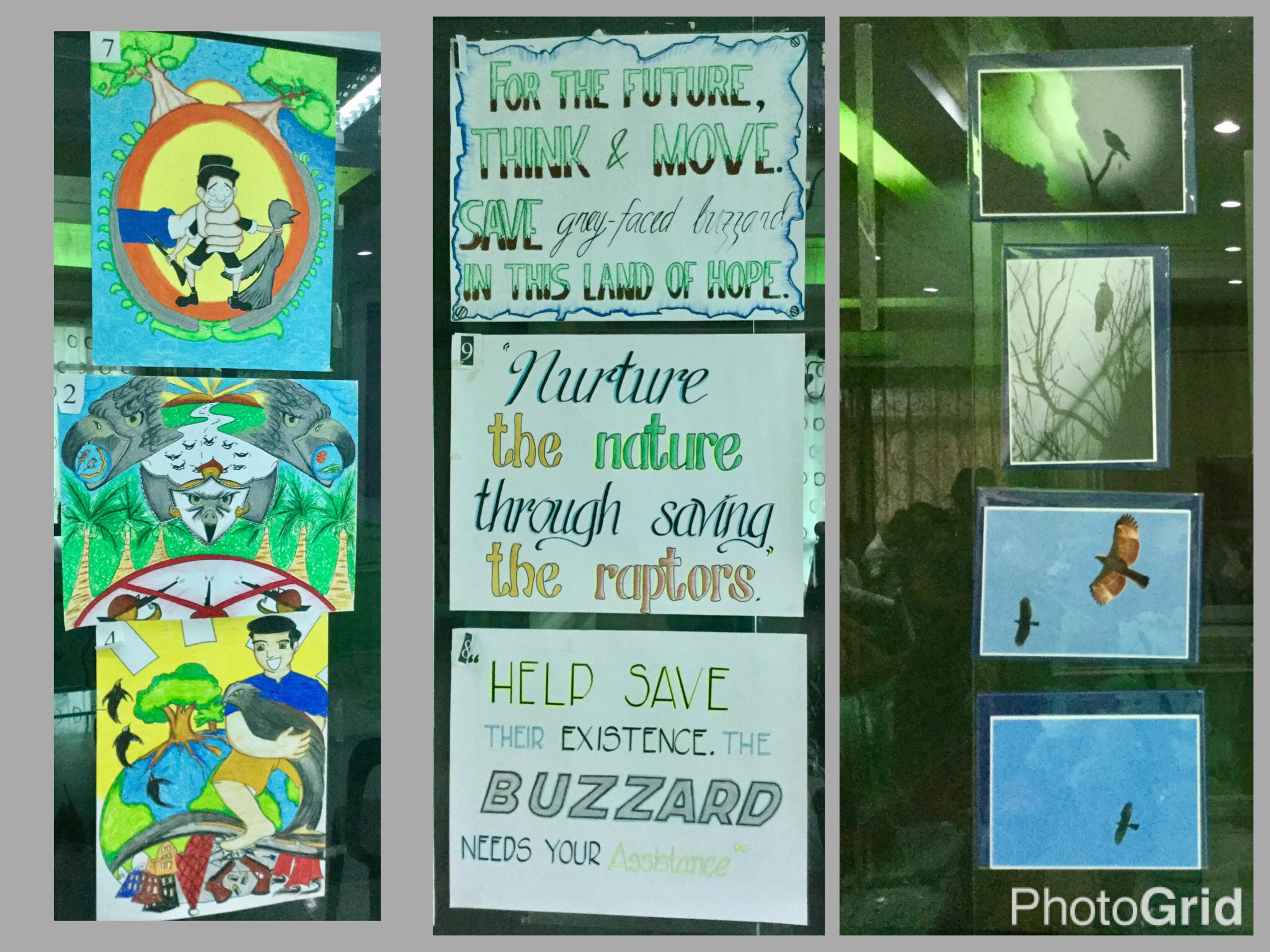 It took a lot of effort and time to reach this far, but it made this conservation project all the more fulfilling. It is our vision that Sanchez Mira and Pamplona become famous for their protection of raptors and lead in the preservation of the environment in northern Luzon.