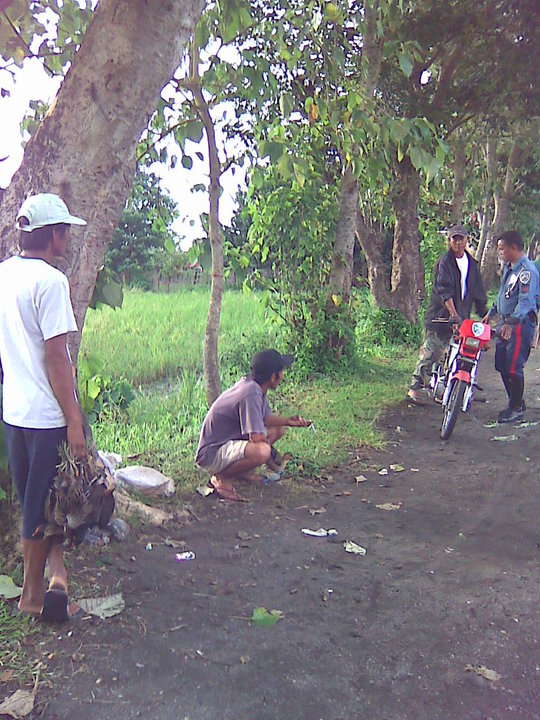 “If not me, then who will?” “If not now, then when?” These were the questions that flashed in my mind when I saw three men selling bundles of birds along the national highway in Polangui, Albay. I did not hesitate to head straight for the police station to report the illegal wildlife vendors.  Fortunately or unfortunately, depending on how you view it, the police station is located just about 200 meters from the vendors were selling the birds.

Oblivious of the existence of R.A. 9147 or the Wildlife Act, the police officers were somehow hesitant to act on my report. It took some prodding before the officers obliged to conduct the arrest. I led them to where the vendors were and they apprehended the perpetrators of the crime. The expression on the faces of the vendors showed shock. It seemed that they were unaware that they were committing a crime at that very moment.

I went back to the police station with the vendors and the police. There, I examined the bundles of birds and I was dismayed by what I saw — different species of snipes and rails  tied by their feet upside down, helpless. Some were even lifeless.  There was even a solitary Philippine duck, an endangered bird, among the catch.

I left the station after the police report was written, trusting that the police officers would do their duty and do what should be done with respect to the vendors and the captive birds. It’s possible however that the police officers may not perform their duties and eventually release the vendors. These were beyond my control, but I hope I left the message that birds should not be hunted for food nor serve as pets, they have a role in our ecosystem and as such they should remain in the wild.

I posted some pictures of the incident in my FB profile and that post received a number of comments. Many lauded me for the effort.  There were some who said that those snipes were good for adobo! The more controversial topic in the comments was on the issue of depriving the poor hunters and vendors of their livelihood and imprisoning them for making a living out of selling the birds. To this objection, Ms. Anna Gonzales, then Vice President and now the President of the WBCP posted this reply: “True compassion is to show the righteous path. If we give excuses for the poor to steal from themselves and their future we are depriving them of the dignity they deserve. There are alternatives, but they must also know that they have done wrong. And we are not doing this because they are poor. The WBCP is equally strict with the rich, and in fact, even more so.”

This message reverberates and continues to kindle the fire in the hearts of WBCP members like Karen Ochavo, Gina Mapua, Tonji and Sylvia Ramos, Atty. Ipat Luna as well as non-members  as shown by the recent successes in informing hunters and vendors about the illegality and effects of their conduct and even in releasing captive birds back to the wild.

I hope that you, as a member of the WBCP or just an ordinary citizen who wants an end to wildlife destruction, will be inspired to do your share. If you see a hunter or a wildlife vendor, don’t be afraid and do what should be done, remember these questions, “If not me, then who will?” “If not now, then when?”