TOP OF THE BLOGS

Read up on different birders and their birding adventures by following them on their blogs.

It’s always nice to read a great story about birds. And even more so when there are great pictures! These are 5 interesting birding blogs online today from 5 different kinds of birders who all share a passion for birds and good writing! You can click on the blog title to visit their site.

If you know of other interesting blogs about Philippine birds, do send us a line so we can feature them in the next issue of e-BON.

This is the site of WBCP stalwart Trinket Canlas. She makes the most interesting observations about all sorts of creatures including dogs and caterpillars. She also travels a lot and takes beautiful photographs and videos. In September, she wrote  4 Pittas and 1 Thrush which tells the story of how she and Adri saw and identified the Ashy Ground-Thrush at La Mesa Ecopark. 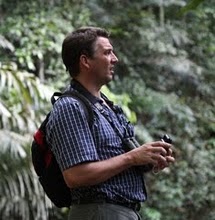 A BIRDER IN THE PHILIPPINES

This is the site of Paul Bourdin, an experienced birdwatcher who lives in Los Baños, Laguna. He updates his blog weekly with photographs and detailed observations about the birds in Los Baños and IRRI. He also writes about trips to other birding spots. In his  entry Week Ending 4th September – San Juan, IRRI he writes about the increasing number of migrants such as snipes. He also has pictures of fiddler crabs from San Juan!

This is a site that Enrique Frio started recently. His latest post Ballistic Transport (“flip-and’catch”) Feeding in Hornbills is a photo essay showing a Luzon Tarictic Hornbill tossing a fruit into its mouth. Enrique has promised to write about Philippine bird stamps in a future issue of e-BON.

This is the site of eBON assistant editor Maia Tañedo. She says in her first entry that she started the blog after she got her 150th lifer! In September she wrote about birding (and laughing!)  by herself in UP Diliman in a post called  Solo Birding Side-Trip. 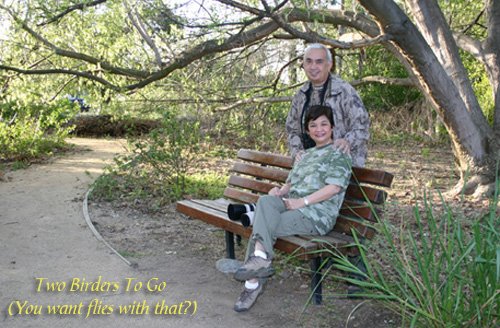 This is the blog of long-time birdwatcher Bob Kaufman. He writes about birdwatching with his wife Cynthia. His blog is full of birds, puns, photos, and more puns! He’s a punny guy! In September, he wrote  Dumaguete, Day 4 – Way There Waders, the final installment of a 4-part series on their birding adventures in Dumaguete during the 7th Philippine Bird Fest. In their final birding day at Dumaguete, they visited the mangrove park in Tanjay and he was able to photograph some lifers! Bob’s post about the Slaty-Legged Crake is also featured in this issue of e-BON.