WBCP stalwarts Adri Constantino and Trinket Canlas wrote a paper on the Ashy Ground Thrush at La Mesa Ecopark for BirdingAsia, the Bulletin of the Oriental Bird Club. eBON is proud to reprint their article, with permission from OBC.

The Oriental Bird Club (OBC) is a UK-registered charity “for birders and ornithologists around the world who are interested in birds of the Oriental region and their conservation.” It is run by a dedicated team of volunteers. OBC has two publications:  Forktail, a scientific journal which is published once a year and BirdingAsia, the OBC bulletin which is published twice a year. OBC also maintains Oriental Bird Images (OBI), an online database of bird images from the Oriental Region contributed by various photographers as well as a mailing list that is open to non-members. OBC also supports conservation work in the region through grants funded by members and corporate sponsors. The OBC representatives for the Philippines are  Carmela Española and Arne Jensen.

Membership to OBC is open to all. Sign ups can be done on their website. All members receive a copy of their two publications Forktail and BirdingAsia.

The following article was originally published in BirdingAsia Number 17 June 2012.
note: click on the picture for a full screen view of each page 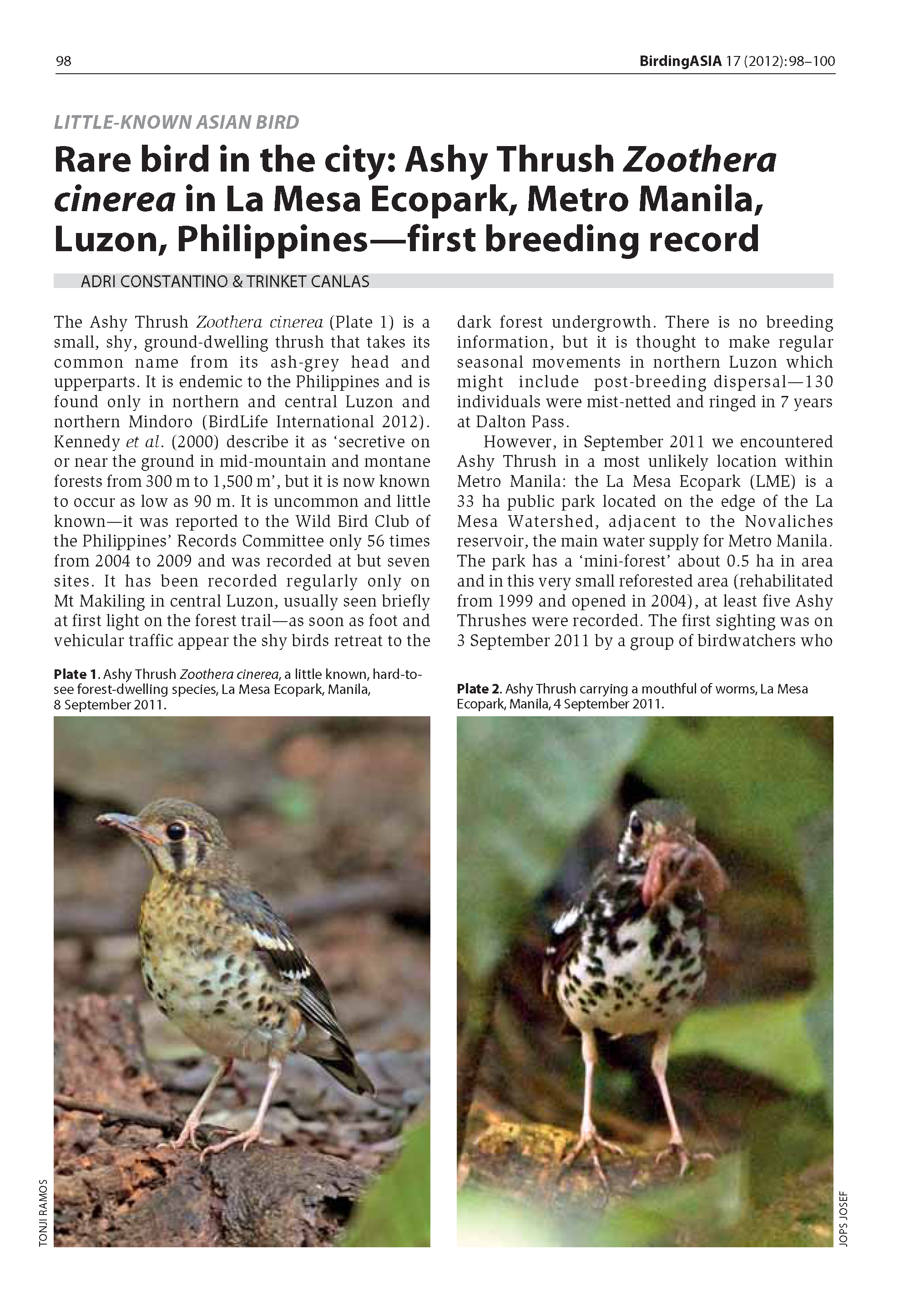 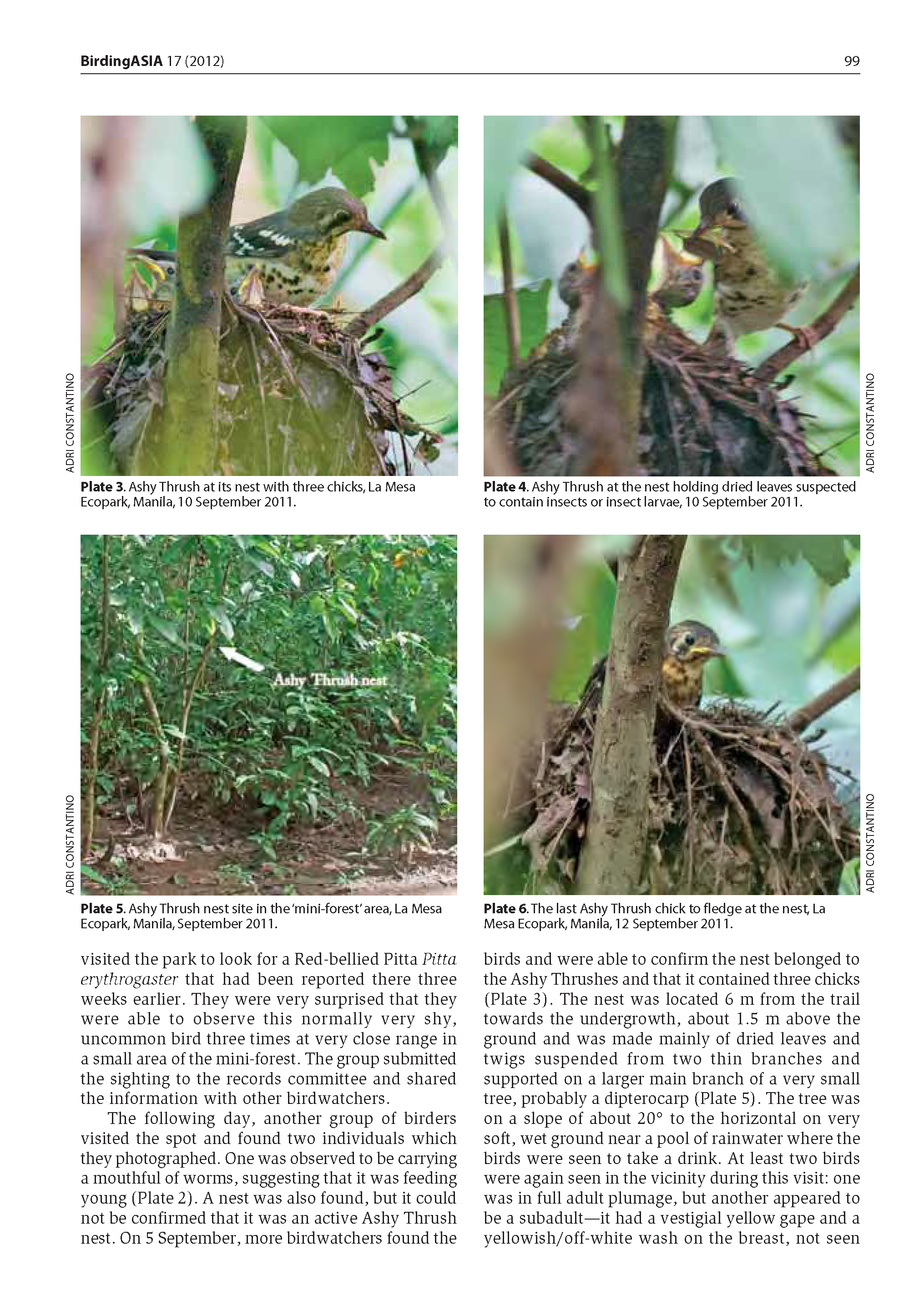 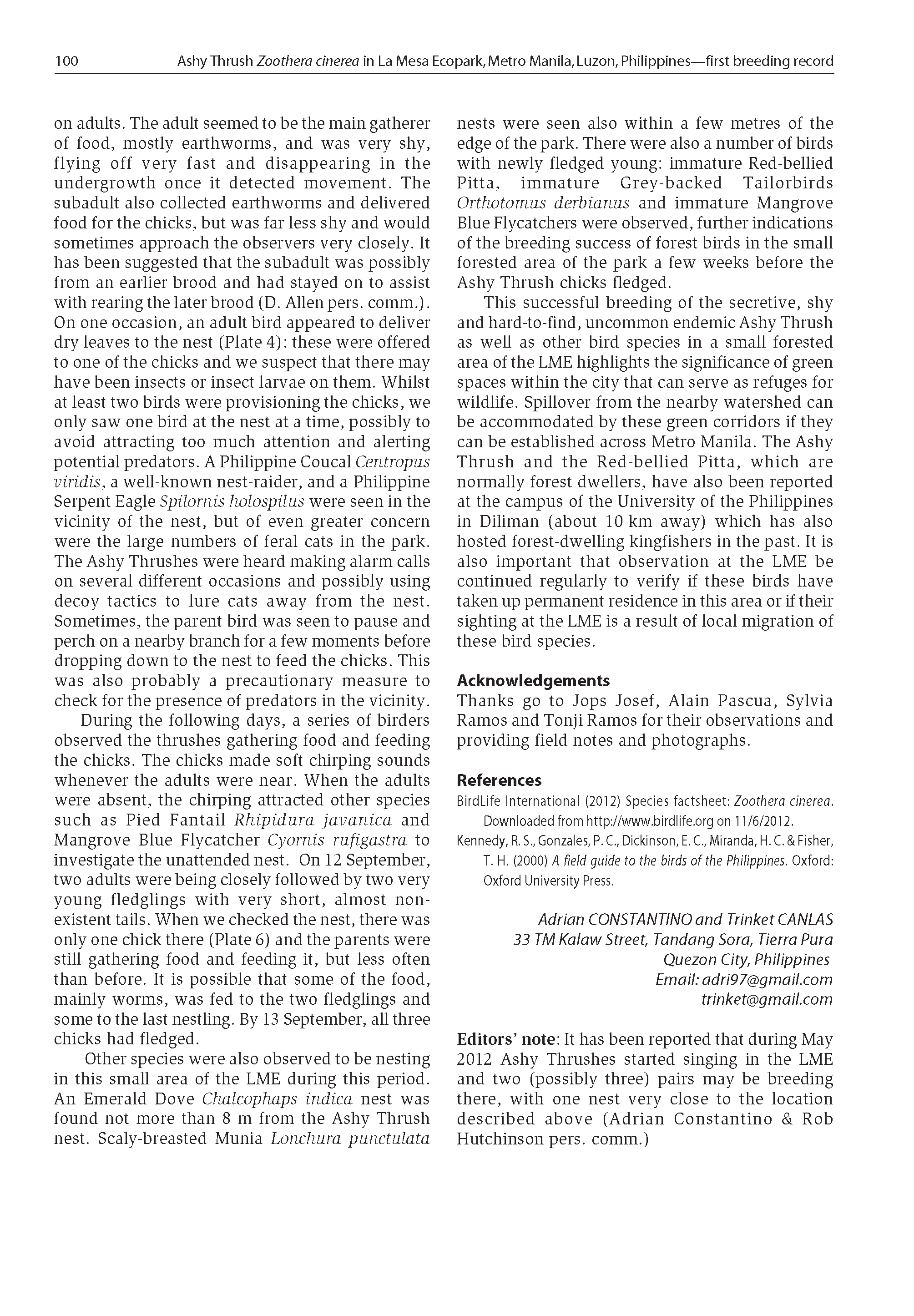