Masbate Island lies at the “heart” of the Philippine archipelago.  It is bounded on the north by Masbate Pass, east by San Bernardino Strait, south by the Visayan Sea, and west by the Sibuyan Sea.

When Spanish Conquistador Captain Luis Enriquez de Guzman anchored in Masbate in 1569, he found settlements spread along the coastlines with its people engaged in flourishing trade with China.  Chinese traders visited Masbate Island and established small settlements during the Srivijaya and Majapahit periods.  Porcelain jars dating back to the 10th century were excavated in Aroroy town while ruins of cave-like dwellings were discovered along the coasts of Aroroy, Palanas and Masbate towns.

In 1864, Masbate was declared a separate province from Albay.   The American soldiers came to Masbate in 1900 to extend their pacification campaign. In December 1908, Masbate was annexed to the province of Sorsogon. A bill declaring Masbate as independent province was approved on February 1, 1922.

During the last ice age 20,000 years ago, when the seas were 120 meters below at their present level Cebu, Masbate, Guimaras, Negros, and Panay were merged into one large island (see Ancient Geological History of the Philippines http://archive.fieldmuseum.org/vanishing_treasures/Origins_1.htm).  At present Masbate Island lies at the crossroad of the biographical regions of Greater Luzon (Luzon, Polilio, Catanduanes and Marinduque), Greater Mindanao (Mindanao, Samar, Leyte, Bohol and Basilan), Greater Negros-Panay (Negros, Panay, Cebu, Guimaras and Masbate) and ice-age isolated islands of Tablas and Sibuyan.  The possibility is always there that bird species endemic from any of the biographical regions would expand to Masbate Island.  In fact, the Lowland White-eye, a Greater Luzon species has already colonized Masbate Island. 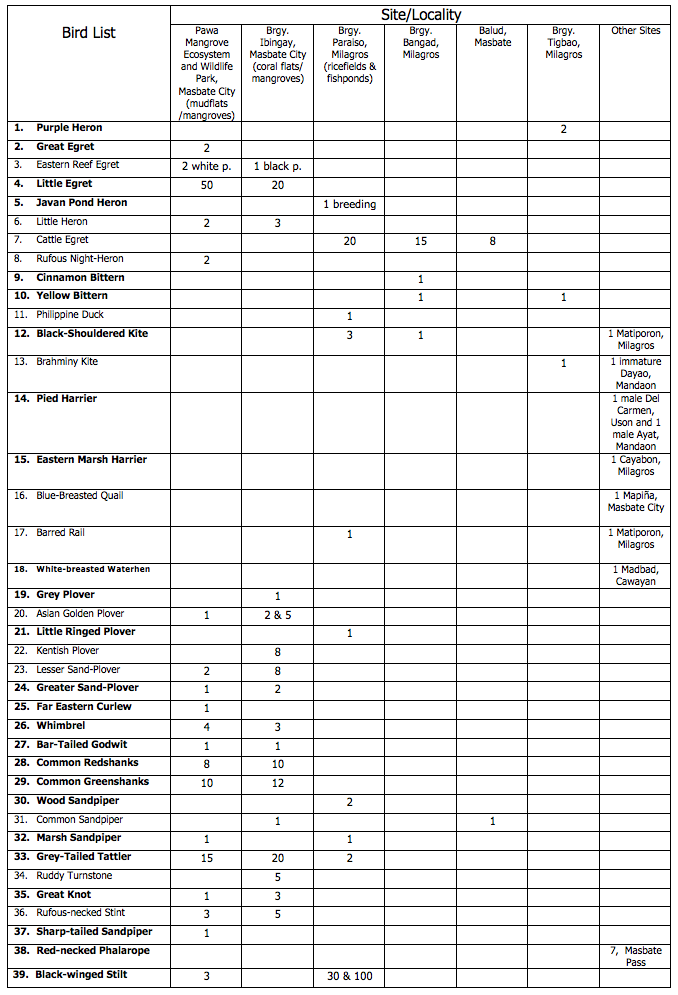 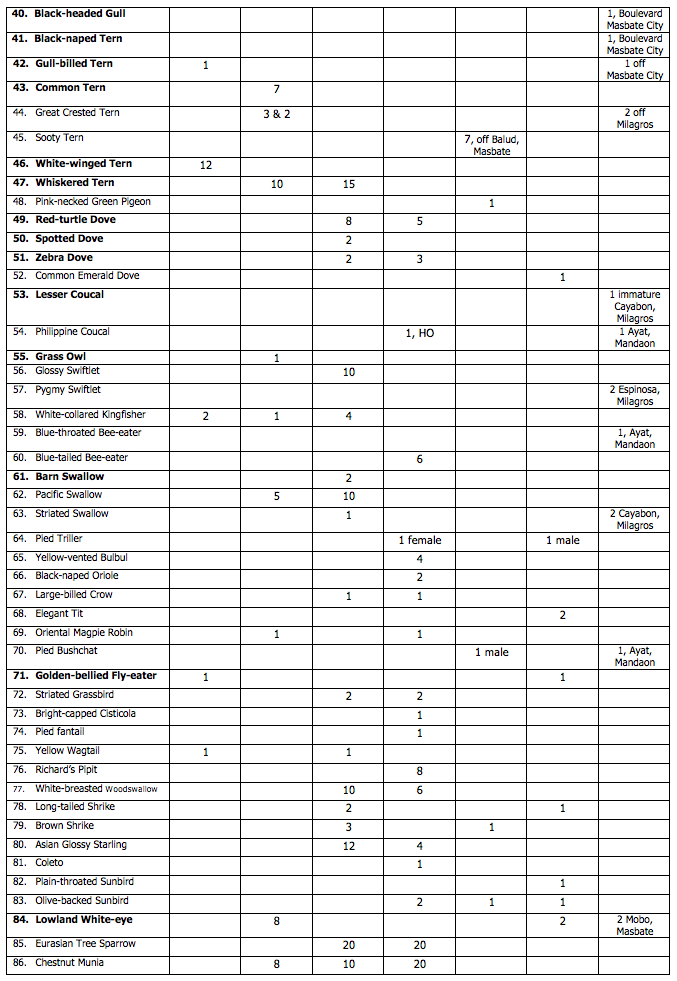