It is that time of the year again when Philippine birders flock to wetlands to check the presence of our feathered winter visitors. I looked around inside the van and found my fellow volunteers chatting cheerily as we made our way from our respective pick-up locations. Aboard the car were Ronald Altamirano and Bernadette Roxas of Team Energy Foundation Inc. (TEFI) and Harry Miller, Arnel Telesforo, and I of the Wild Bird Club of the Philippines (WBCP). Together with our weapons for “hunting” and counting birds (i.e. spotting scopes, binoculars, and field guides) we went southwards toward Pagbilao – a town in Quezon. Our destination was the Pagbilao Power Station (PPS) and their adopted mangrove forest which is just half an hour’s drive from PPS.

This birding trip is only partly leisure as it is also voluntary work as was the custom of the WBCP for the past 12 years. We again joined forces with the Department of Environment and Natural Resources (DENR) CENRO of Pagbilao in participating in the annual Asian Waterbird Census (AWC) done every January. AWC is a programme created in 1987 with the aim to promote public participation in monitoring distributions and populations of waterbirds and the status of wetlands. The Philippines, through DENR, has joined the annual count since the 1990’s. 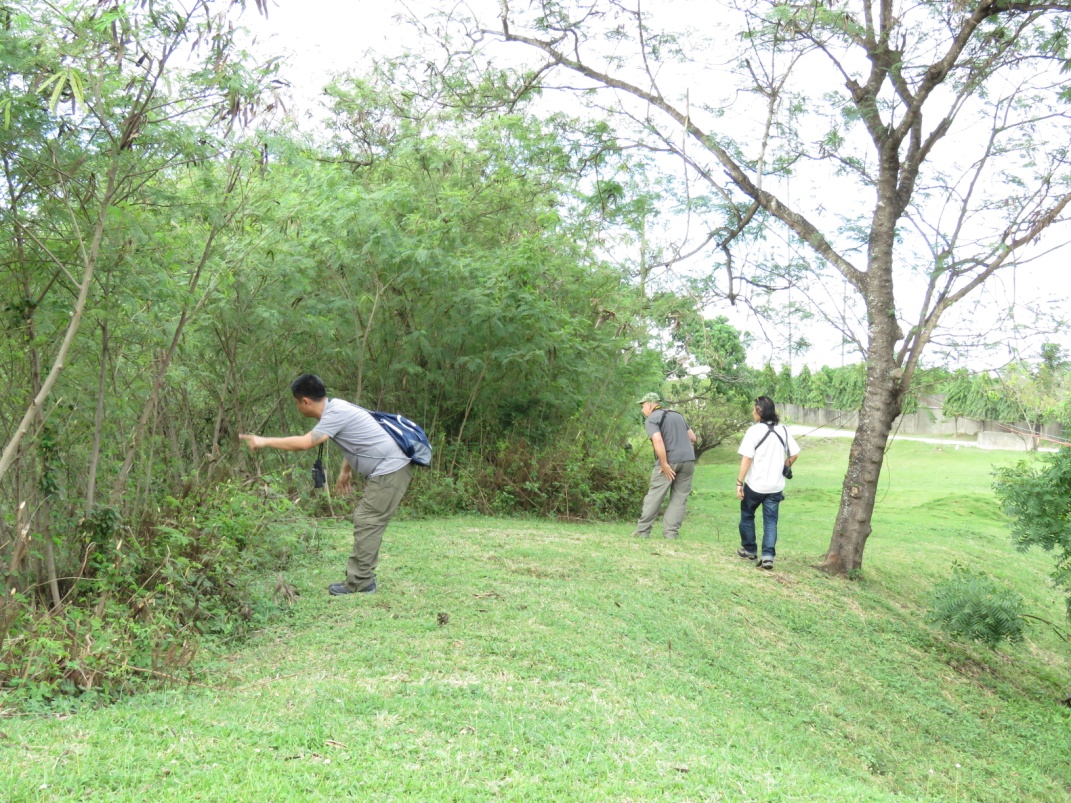 We met with the DENR group along the way and arrived in PPS around lunch time. After freshening up, TEFI chair and WBCP member Ronald Altamirano initiated the introductions and briefing for the AWC sites that we will be visiting. The afternoon was spent visiting the ash ponds inside PPS where the group counted about 300 Philippine Ducks, some Tufted Ducks, Northern Pintail, Garganeys, and a lone female Northern Shoveller in one of the 2 ash ponds we visited. The humming of heavy equipment and moving cars did not frighten the birds anymore but curiously, our sneaky movements across the tall grass have sent them flying into the air several times. But we were ready. Even before we moved closer, the group already did an estimated count and took photographs before the birds could fly off.

Distinguishing each waterbird may be a bit tricky, but this is where field guides come in real handy. In fact, before going to any AWC count, most birders I know review the books as would any student before exams. What makes waterbird identification challenging are the birds’ drab and dull winter plumage. But seemingly minute details like bill color, eye stripe length, or number of bars on tails help in making accurate identification. Taking documentary shots and comparing notes with fellow volunteers also make it a lot easier.

Our first day ended with ducks galore: five species recorded! The next day, the group went to the Pagbilao Mangrove Experimental Forest (PMEF), which is about 30 minutes away from PPS. A few meters before the entrance to PMEF were ricefields and fish ponds. We counted birds here too although this time, the fishponds were almost drained and there were fewer birds compared to what was recorded the previous years. We were still able to document a couple of Whimbrels and Kentish Plovers.

There are two ways to count waterbirds in the PMEF: on foot on the mangrove path/walk or by boat on the river. There were only a few birds recorded inside the path/walk and the view deck at the end of it where we usually get high counts was under repair. Fortunately, we stumbled across a small river inside the forest where we saw a flock of Philippine Ducks! It was likely that there were more of them in the smaller rivers inside the lush mangrove forest but the shallow waters have limited our group for further movements.

Our total waterbird tally for two days across all the sites was 614 (26 species), with the highest count for Philippine Duck at 334. This data was submitted to the DENR CENRO of Pagbilao. All of us in the group agreed that constructions and expansion of agricultural areas might have caused the low count. Low counts are a cause for alarm, and makes it all the more important to conduct a continuous monitoring in these sites. Through the unwavering support by the TEFI, members of the WBCP, and DENR, we will see each other again in a year’s time to walk the same paths and hopefully, count more birds! 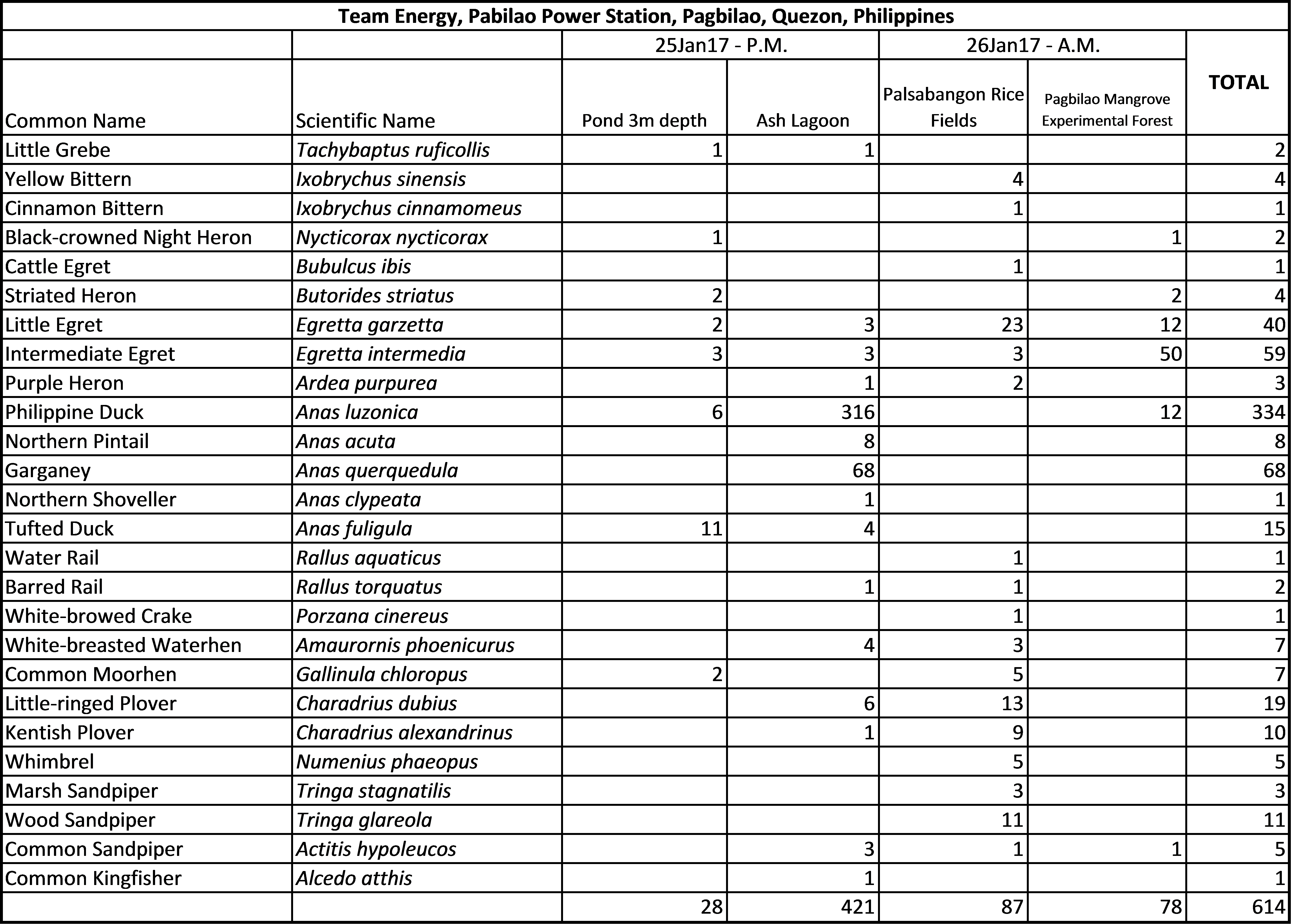