The Philippine Bird Festival (PBF) was the Wild Bird Club’s response to the World Bank Environmental Champion award that the Club received in 2005.  Then WBCP Vice President Alice Villareal’s joke led to the WBCP organizing the first PBF in November 2005.  The PBF then became a challenge and venue for the Club to reach out to an even greater segment of society and raise environmental awareness on a larger scale. 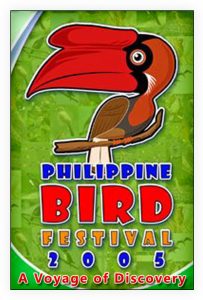 The 1st PBF was a one-day event participated by local conservation NGOs at the Crossroad Convenarium in Quezon City.  At the height of the global avian flu alert, WBCP beat the odds and came up with enough activities – lectures, film-showing, coloring, face-painting, photo exhibit and even a forum on the avian flu – attended by more than 1,500 students. The only sponsor of the festival was Mirant Foundation, which later on became the Team Energy Foundation. They continued to support most of our succeeding festivals. 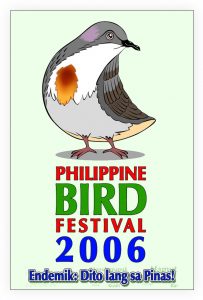 The 2nd PBF entitled, “Endemik – Dito lang sa Pinas”, highlighted the endemic bird species in the country.  The festival became a two-day event with double the number of exhibitors which now included government agencies like the DENR and LGUs (Candaba, Alaminos).  The number of students also doubled, and we initiated the Conservation Forum which focused on the status of the globally-threatened Philippine Duck. 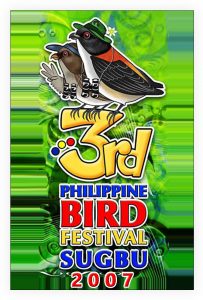 The 3rd PBF took place in the island of Cebu with the Cebu Flowerpecker as mascot bird.  Foreign birdwatching/conservation organizations were invited for the first time and a post-festival trip was organized for delegates to the Olango Island Bird Sanctuary.
This is the first time that we partnered with an NGO – the Ramon Aboitiz Foundation. 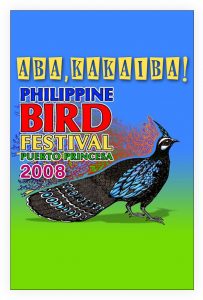 The 4th PBF was held in Palawan. The Katala Foundation invited the club to hold the festival in Puerto Princesa City (Palawan).  With the full support of Mayor Ed Hagedorn, the festival was well-attended by school kids and both foreign and local NGOs.  Day trips were simultaneously organized to the St. Paul’s Underground River Park (which a few years later, became a UNESCO World Heritage site) and the Iwahig Penal Colony. 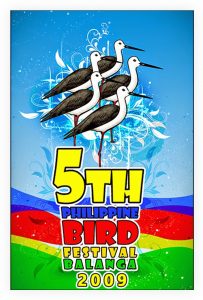 The 5th PBF was in Balanga. The warm response of the City of Balanga was felt from the beginning of the festival until the end.  A fluvial parade to a proposed wetland park started the festival. More than 12,000 students attended the festivities held at the People’s Center andDoT Secretary Ace Durano was the guest-of-honor. A Conservation Forum was organized to tackle the environmental threats in the province and six Brahminy Kites were released in the mountain areas as part of the festival activities. 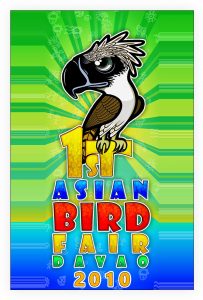 The 6th PBF in Davao was most significant as it was also the 1st Asian Bird Fair as well. The WBCP is a founding organization of the Asian Bird Fair which seeks to highlight the different bird fairs in the region. Our local partners, The Philippine Eagle Foundation and the City of Davao rolled out the red carpet for the close to 200 delegates who attended the 2-day bird fair at the Waterfront Insular Davao. Among the highlights were the Club’s presentation of the updated Philippine checklist to the birding community and the visit to the Philippine Eagle Center. 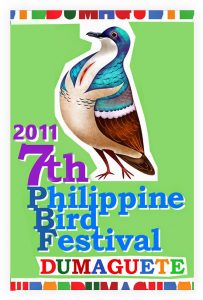 The 7th PBF in Dumaguete marked the first time the Club worked with an educational institution, the Silliman University as well as the City Government of Dumaguete, the Provincial Government of Negros Oriental and an NGO, the PENAGMANNAKI.  The icon bird was the endangered Negros Bleeding Heart, where a breeding and research facility is located on campus. 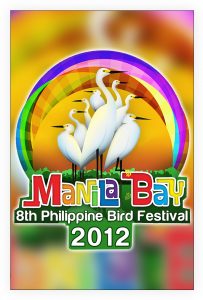 The 8th PBF was back in Manila. To highlight the importance of Manila Bay, the bird club partnered with the Department of Environment and Natural Resources and the 3 regional offices that encompasses this important body of water.  The festival was held at Rizal Park and invited organizations include local and foreign conservation organizations as well as ecotourism organizations.  Delegates visited the Las Pinas-Paranaque Critical Habitat and Ecotourism Area. 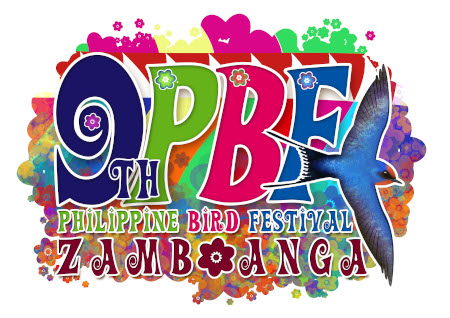 The most memorable bird festival was the 9th PBF in Zamboanga, not only because it had to be rescheduled due to the MNLF siege a couple of weeks before the  event but because the bird festival was the first event to be held in the city after siege with city residents all coming out in full force to support the festival.  Birdwatching sites were in close proximity to the city center: the Zamboanga State College for Marine Science and Technology campus where Great Egrets were breeding and the Pasonanca Watershed where Mindanao forest species can be seen. 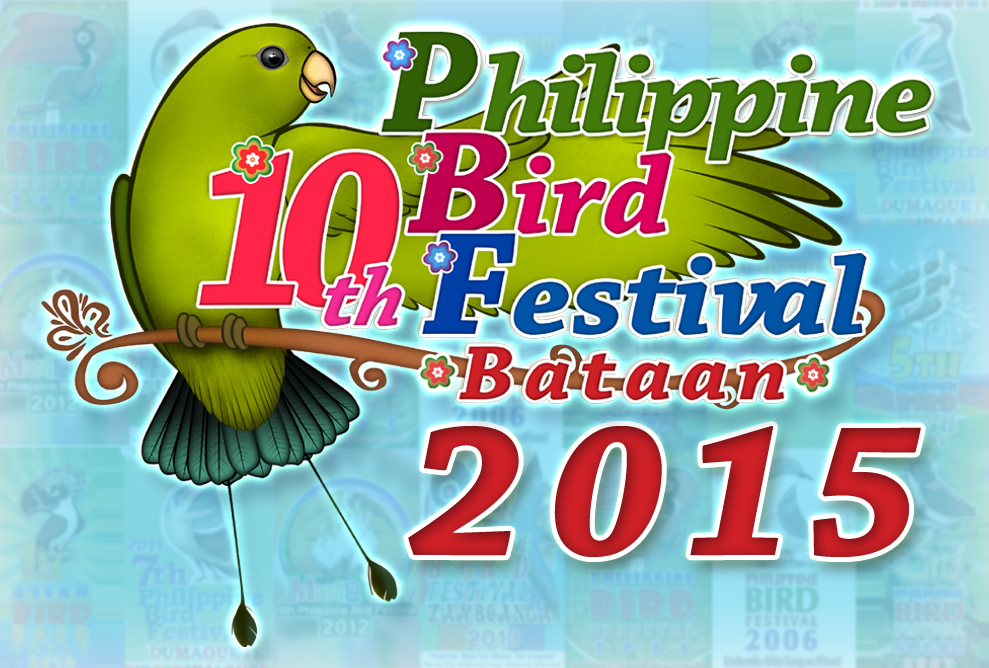 The 10th PBF was in Balanga. To celebrate the 10th Philippine Bird Festival, we partnered with the Provincial Governor’s Office and the City of Balanga to highlight the diverse bird life found in the province.  Each LGU adopted a bird species to represent their municipality and a Conservation Forum has held to tackle the threats to biodiversity in Bataan. Activities included a climb up Mt Samat, an auction in support of the Asian Bird Fair Network, and very memorable Mayor’s Welcome Dinner and Governor’s Farewell Dinner. 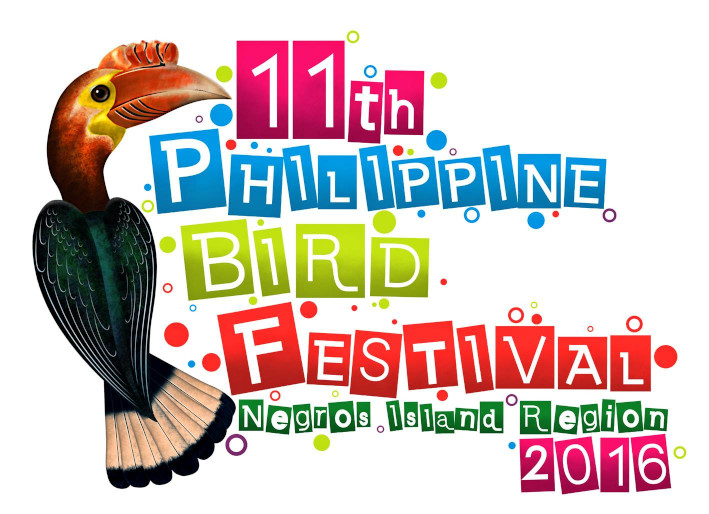 The 11th Philippine Bird Festival was held in Bacolod City to coincide with the celebration of Wildlife Month in Negros Occidental.  The festival was jointly hosted by the provinces of Negros Occidental and Negros Oriental as they celebrate the union of the two provinces into the Negros Island Region. A street dance parade with school children dressed in different wildlife costumes that was to open the bird festival had to be moved indoors as a typhoon struck Bacolod on the morning of the first day.  Nevertheless activities went as planned including all exhibits moved to the adjacent sports center.  Simultaneous conservation forums were held in the cities of Sagay, Silay, Victorias and Bago while an ecotourism forum was held at the Provincial Capitol.  Delegates also visited the Tibsoc Wetlands to see migratory waterbirds. 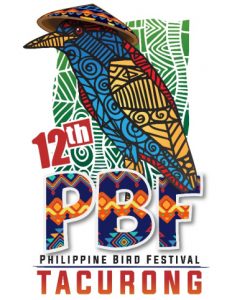 The 12th Philippine Bird Festival was the first time that the WBCP held a Philippine bird festival to highlight an existing local festival – the Tacurong Bird Festival now on its 4th year. The Tacurong Bird Festival highlights the Baras Bird Sanctuary, where more than 20,000 egrets and herons have taken refuge in an abandoned pepper farm. The festival was off to a good start with a street parade with floats, an ecotourism forum and a conservation forum for various stakeholders. Local conservation organizations from throughout the country as well as foreign bird clubs from neighboring Asian countries were invited with delegates from Cambodia and Nepal participating for the first time. The farewell dinner ended with a folkdance competition and an auction. Post festival trips took delegates to Lake Holon and Senator Ninoy Aquino for Mindanao forest endemics.